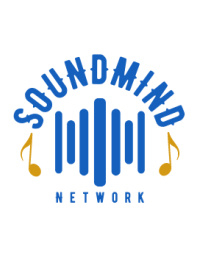 The Sound Mind Network 501(c)(3) was formed in 2018. In 2017, President Tony Luke Jr. lost his son to a heroin overdose and was working through his grief by creating new music. After reaching out to Multi Grammy Award-winning producer Joe “The Butcher'' Nicolo through Facebook, the duo began collaborating and the result was the album, Strong In Broken Places which will be released by Heart Songs Music Group in 2022.. Not only was putting emotions into music therapeutic for Tony, the team soon realized the tremendous healing power of music and arts.

Sound Mind Network’s powerful mission is to inspire those struggling with addiction and mental health issues to use their passions as a creative-based recovery alternativ was born. Based in Philadelphia and founded by CEO Joe DiGiacomo, President Tony Luke Jr & Executive Vice President Joe Nicolo, Sound Mind Network strives to create music and art therapy programming for those struggling with mental health issues, addiction, and trauma.