First Stand Up Comedy Festival in History of Middle East to be Held in Amman, Jordan December 2-5, 2008

City of Amman to Host First Stand-Up Comedy Festival Featuring Over 15 Comedians from the US, Canada, Australia and the Arab World with headliner Russell Peters. 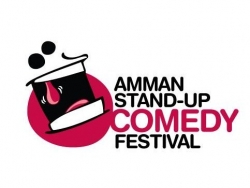 New York, NY, November 13, 2008 --(PR.com)-- The City of Amman announced today the addition of the Amman Stand-Up Comedy Festival to its culture and events agenda. The Amman Stand-Up Comedy Festival is scheduled to be held between 2 and 5 December, 2008, at Al Hussein Cultural Center. A non-profit program developed by the Greater Amman Municipality, the four-day themed festival will feature a line-up comprised of Jordanian, Arab, and Foreign talents and headliner performers including Russell Peters. Set to position Amman as a platform for the stand-up form of comedy in the Middle East, the festival is developed in close collaboration with the critically acclaimed New York Arab-American Comedy Festival, piloting an activity with aims to grow in stature year after year.

With over 15 acclaimed performers from 6 countries, including Arab-American, Executive Producer, and Stand-Up Comedian Mr. Dean Obeidallah, the festival is predicted to attract comedy fans from across the region. The festival is intended to showcase comedic talent from around the world as well as foster understanding between the different cultures through comedy.

“When is the last time we saw Arabs laughing on American television? Hopefully, this Festival will show Americans that people in the Arab world actually have a sense of humor and can laugh at comedians as well as at themselves,” states Dean Obeidallah who has performed comedy throughout the Middle East.

“The Amman Stand-Up Comedy Festival will enhance Amman's cultural movement, and will create a wider appreciation for comedy in Jordan and the region. We, at the Greater Amman Municipality, anticipate that this festival will increase tourist traffic to the City during the month of December, while also placing Jordan and its talent pool on the international map of comedy. We are always keen on urging our community members to express themselves and interact through the many forms of performing arts, and stand-up comedy is the rawest and most interactive form of comedy,” explained Mayor of Amman, Mr. Omar Maani.

Further commenting on the upcoming event, Mr. Obeidallah said, “I hope that this Festival will encourage young talents to be active in the Jordanian performing arts arena. I also see this event creating a wider appreciation for comedy in Jordan and should be recognized as a marked calendar occurrence staged in Amman, as the region is full of raw talent that we are hoping to bring to the forefront.”

Mr. Obeidallah also explained that comedy has a powerful voice, and that it is a lighthearted method for bringing social issues to the attention of a wide, and appreciative audience,”we can only look forward to positive outcomes from this festival, placing our positive experience from the New York Arab American Comedy Festival at the disposal of Jordanian talents and the City of Amman,” he added.

Thursday, December 4th “International Show” - featuring some of the top comics from the US, Australia and Canada:
-Ahmed Ahmed: Egyptian-American comedian from "Axis of Evil," NBC's "The Tonight Show" and numerous movies including "Ironman." (www.ahmed-ahmed.com)
-Ted Alexandro: one of America's top comedians who has had two half-hour specials on Comedy Central and has appeared on NBC's Conan O'Brien show, "The World Stands Up" and CBS' David Letterman Show. (www.tedalexandro.com)
-Ali Hassan: This Canadian comic of Pakistani heritage is making a name for himself as one of Canada's top up and coming comedians.
-Maz Jobrani: Iranian-American comedian from Comedy Central's "Axis of Evil," NBC's "The Tonight Show," and numerous movies.
-James Smith: Australia's hilarious comedian who has appeared on all the major Australian TV comedy shows as well as on Comedy Central and HBO's "Flight of the Concords" in the US. (www.jamessmith.com.au)
Hosted by Aron Kader from "The Axis of Evil"
Friday, December 5th : “Closing Night Headliner Show” starring international comic superstar Russell Peters
-Russell Peters: has recently appeared in his own one hour special on Showtime (US), as well as headlined sold out shows around the world! (www.russellpeters.com)
With Ahmed Ahmed, Maz Jobrani, Aron Kader
Hosted by Dean Obeidallah