Mo’Nique gives a revealing interview to PR.com journalist and Senior Editor Allison Kugel about her life journey that led the actress to her role in the film “Precious.” 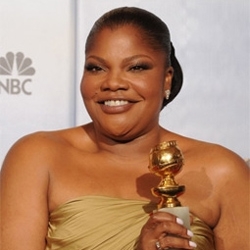 New York, NY, February 22, 2010 --(PR.com)-- In an intimate and candid interview with journalist Allison Kugel, Golden Globe winner and Oscar ® nominated actress Mo’Nique talks to PR.com about her childhood dreams of movie-stardom, surviving childhood sexual abuse, embracing the film role of a lifetime in Precious, and bringing inspiration to late night with The Mo’Nique Show on BET.

“Being molested by my oldest brother Gerald, I was very aware of who this character was. We wanted to make her very honest. We didn’t want to sugarcoat her.” – on where Mo’Nique went to channel the character, Mary Jones in Precious

“I didn’t tell ‘till I was fifteen. And at the time I didn’t get any help. I didn’t understand all that. I didn’t actually go to therapy until a few years ago. But to deal with it, I think my situation wasn’t unique, and I did what most kids do. You put it in the back of your head and you don’t tell anybody. You just keep it going.” – on how Mo’Nique dealt with sexual abuse as a child

“I understand why people print those things. People want to eat. And if they print the truth, they may not feel like that’s exciting to read. They don’t want to print, ‘We understand why Mo’Nique can’t attend, because she’s also a talk show host and she tapes six shows a week.’ Well, that doesn’t sell. That’s not juicy. The juicy news is, ‘Mo’Nique’s being a diva. She’s not gonna show up.’” – Mo’Nique addresses diva rumors surrounding her absence from the Oscar Nominees Luncheon in Los Angeles

“Those red carpets, baby, that’s the prom. That is the prom! It is like, ‘Oh my God!’ I think I’m looking forward to being a part of history. I think that the night that I walk down that red carpet I’ll think of Hattie McDaniel (the first black actress to win an Academy Award). And I’ll try to think about the night she walked down that carpet, being the first one, you know?” – On Oscar night Mo’Nique will think of those who made it possible for her

Visit http://www.pr.com/article/1146 to read the Mo’Nique interview in its entirety.

About PR.com
PR.com is a unique website where companies can promote literally everything about their business in a one stop shop business marketplace. A cross between a public relations and advertising entity, PR.com is a directory of businesses, products and services, a press release distribution service, job search website, and online publication of articles, reviews and celebrity interviews. With a full company profile, each business listed on PR.com has a powerful means by which to generate quality leads as well as gain worldwide and local exposure for all of their products, services and other business information.