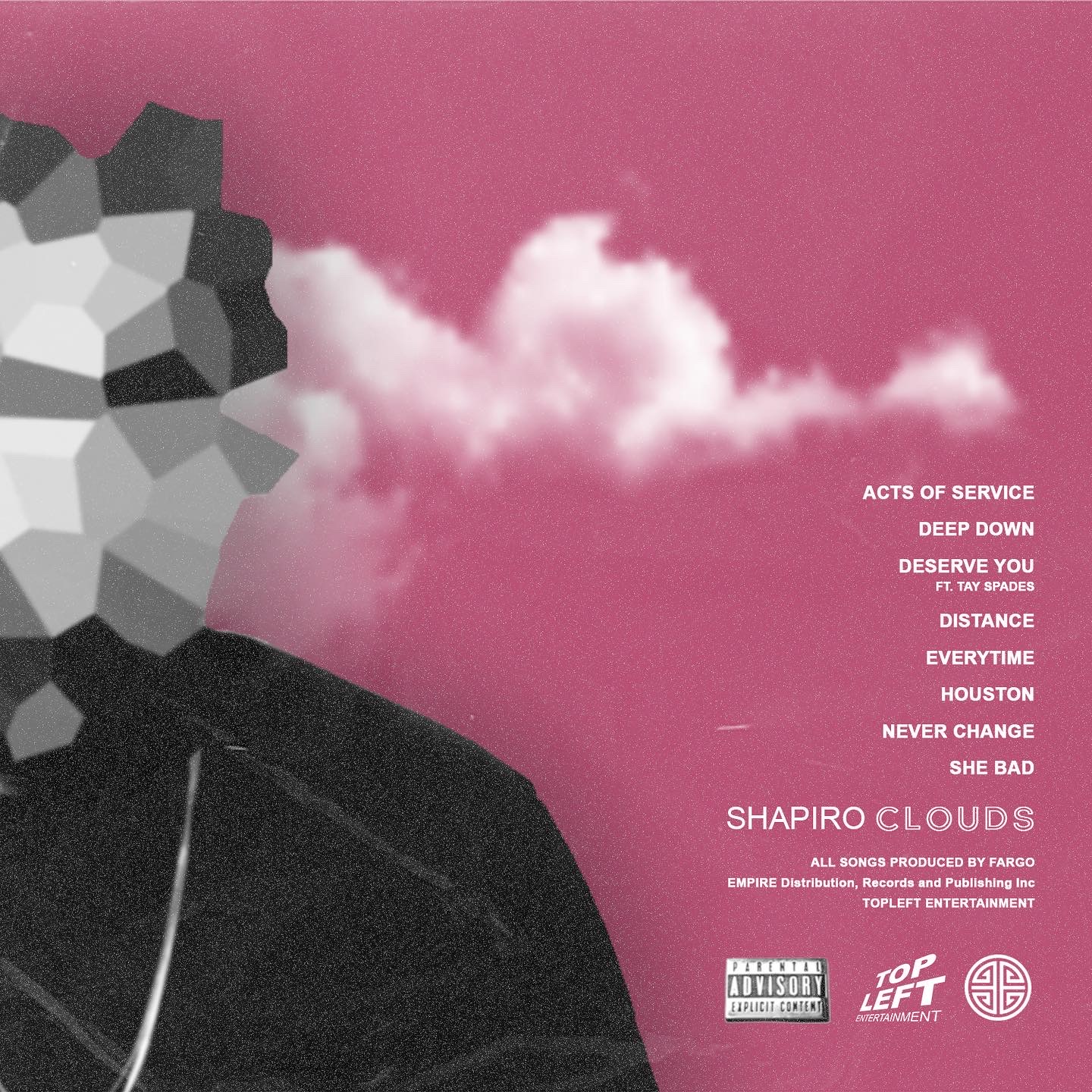 Listen to the EP CLOUDS here.

After a momentous year of writing and featuring on Roc Nation’s artist, Oyabun, album No Hard Feelings and the hit single You Need Me for Black Coffee’s Grammy-nominated album Subconsciously. Songwriter and artist, Shapiro, returns to the music scene releasing his new EP CLOUDS.

The emerging R&B artist soothing vocals and rhythmic lyrics curates the perfect vibe as he sings over melodic beats.

“CLOUDS is a depiction of temporary moments,” says Shapiro. “Some have clouded my judgment and others have brought me clarity.”

Each song's reminiscence flow stands out to listeners as they relate to the lyrics and woes of love. Shapiro shares those emotions through the album and following songs. You Deserve, which explores love without limits. Distance a song explaining the feeling of growing apart from someone that’s right beside you. Rather than physically being in two different places, you're emotionally in two different places. While, Every time is about getting too close to someone to the point it creates insecurities.

With the highly anticipated project, Shapiro hopes to invoke amiable emotions of love, joy and disappointment.

About Shapiro
Shapiro is a master of sound letting his music speak without distraction. Masking his face allows listeners to lose themselves in each musical note. As a multidisciplinary artist from Mississuga, ON, a neighboring city to Toronto, ON, Shapiro's smooth sultry sound echoes a distinct Toronto style of music.

From ambient R&B to energetic dancehall, Shapiro music reflects his many victories and hardships.Through witty metaphors and detailed storytelling, albums such as, LUDUS allows listeners to decode life complexities, vibe out or romance a love interest. As an ambitious Song writer, Producer & Artist Shapiro continues to fearlessly push boundaries in any discipline he chooses.

Shapiro worked alongside some of the most sought after artists and producers. After signing to EMPIRE in 2017, Shapiro released the following singles: Blue Chanel, Urgent, South Central and Face Pace. With the success of LUDUS, Shapiro expands his artistic effort through his most recent project LUDUS Deluxe and acoustic single Never Change.