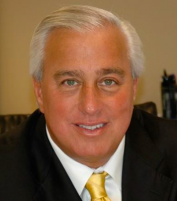 Ed Butowsky, managing partner of Chapwood Investments, LLC has the unique ability to recognize and discuss how current issues in the news impacts people’s lives and investment portfolios. With his vast knowledge of current events, he is able to break down complicated issues so that they are easily understood. Leaving the audience of his appearances with knowledge and direction versus just information has been a hallmark of his appearances for over two decades.

His more than 30 years in the financial services industry began at Morgan Stanley, where he was a senior vice president in private wealth management. In his 18 years there, he was the firm’s top producer nationally as well as the first adviser to surpass $1 billion in assets under management. He was recognized as a member of both the Chairman’s Club and the Equity Club, distinctions reserved for only the top advisers at Morgan Stanley.

In 2019, Ed released his book, Wealth Mismanagement: A Wall Street Insider on the Dirty Secrets of Financial Advisers and How to Protect Your Portfolio, which earned a #1 ranking on Amazon for Investment Portfolio Management. Wealth Mismanagement was written to help all investors navigate through the known and unknown risks in the stock and bond markets.

An internationally recognized expert in the investment wealth management and personal finance industry, Ed is consistently being sought out for his insight on the economy and how it will indefinitely affect not only global markets but personal finances as well. As the Dallas Bureau Chief for Talk Media News, Ed combines his years of experience to break down exactly how politics, breaking news, and foreign affairs play a major part in financial futures.

Ed’s unique talent for taking a news story, explaining if and how it affects people’s finances and offering suggestions for action has made him a sought-after commentator. He has appeared hundreds of times on FOX News Channel, Fox Business News, CNN, ABC, CBS, NBC, CNBC, Bloomberg TV and China TV. Ed is often seen on “Varney and Co,” “Closing Bell,” “Street Signs,” “Your World with Neil Cavuto,” “America Live with Megyn Kelly,” “Willis Report,” “America’s News HQ,” “Taking Stock with Pimm Fox” and “Wilkow! with Andrew Wilkow.”
Here is a link to a clip of some of his appearances: https://youtu.be/7Fc5qtwNIqU

Ed has appeared on The Blaze TV and is a Blaze Branded Contributor for The Blaze online. Additionally, he is an op-ed contributor who has written articles relating to financial topics for National Center for Policy Analysis, FoxBusiness.com, FoxNews.com, Breitbart.com and others. He was a keynote speaker at the American Bar Association Bankruptcy Division and was featured in the PBS Frontline interview “To Catch a Trader.” Ed serves as a Board Member for Reclaim New York, a non-partisan, non-profit think tank dedicated to advancing a grassroots conversation about the future of New York, it’s economy, and its people.

Butowsky is the originator of the CHIP score, the first metric tool designed to properly and effectively evaluate and score a portfolio’s strength based on all elements that attribute to portfolio performance: rate of return, risk, inflation, taxes, management fees and investment fees. Ed has also created ChapVest, an analytical tool used to evaluate one’s portfolio based on their individual needs. ChapVest breaks down the makeup of a person’s portfolio and deciphers if what they have is actually what they need to continue to live the lifestyle they are accustomed to after retirement without the loss of purchasing power. As well as his tools, Ed is also the creator of the Chapwood Index, a real cost of living index that attempts to show, on a quarterly basis, a more accurate figure for cost of living increases in the nation’s top 50 major metropolitan areas (http://www.chapwoodindex.com/).

Ed regularly talks about wealth management and other timely subjects related to finance and investment on radio shows around the country, including “Mad Dog Radio” and “Bloomberg Radio.” He was featured as one of seven financial coaches/experts in the first-of-its-kind online reality series, “The Invested Life,” a nine-month series that featured real people facing common investment concerns and their journey to take control of their finances.

Butowsky was also featured in “Broke,” the critically acclaimed ESPN “30 for 30” documentary that chronicles professional athletes and their financial experiences, and in the most popular Sports Illustrated article ever: “How (and Why) Athletes Go Broke.”

Ed is a mentor to up-and-coming athletes and their parents, but it isn’t only public figures who seek his advice. Private individuals come to him in search of new strategies for their financial concerns. Ed is best known for his straight talk and his willingness to roll up his sleeves and find solutions to issues that others want no part of.

A respected member of the Greater Dallas community, Ed lives with his wife and two children in Plano, Texas. He is an avid tennis and golf player. Ed is an accomplished speaker on a variety of investment topics. For more information or to book Ed for a speaking engagement, contact Chapwood Investments, LLC, at 972-865-2225.