Go Man Go Zooms to Your Rescue - Your Own Personal Concierge 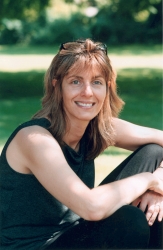 Port Washington, NY, October 19, 2006 --(PR.com)-- Heidi Gottlieb, a former television commercial Producer has created a new Personal Concierge company on Long Island. Who better than a Producer to help people get the things on their "to do" list done? Like a hotel concierge, a personal concierge makes life easier, more efficient, and more fun for clients. The services that Go Man Go provides can vary widely, it can be as small as waiting for the cable guy, or as big as helping plan and organize a wedding.

It's Ms. Gottlieb's own view as a mother, a wife, and a businesswoman that compelled her to start this company. "I feel that people, especially mothers are overwhelmed with all that they have to do. How many times have I heard friends of mine say 'I'm so swamped, if only I could pay someone to take some of the things off my list?'" Working mothers often find themselves handling most of the housework and child care responsibilities. In effect, they often have the equivalent of two jobs, a phenomenon expressed in the title of Arlie Hochschild's highly regarded study The Second Shift.

Getting help to do the things that need to be done in the average day borderlines more on necessity than luxury.  Jay S. Kwawer, Ph.D., Director of Clinical Education at the William Alanson White Institute, a psychoanalytic training and treatment center in New York City says, "A balanced life is one that has room for work and play, for activity and rest, for doing and for simply being; human beings need that balance to be in touch with themselves."

Go Man Go's fees vary depending on the particular project and its size. For more information refer to the Go Man Go website http://g2gman.com.