VentureVitality Index Is Up in Silicon Valley’s Largest City: Venture Financing Increases 27 Percent to $616 Million in 2006, Bringing New Jobs, Economic Activity and Growth Opportunities to San Jose, according to a new report issued today by VentureDeal and the Business Performance Management (BPM) Forum. 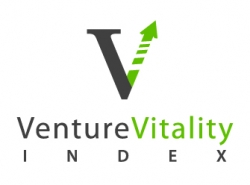 San Jose, CA, March 26, 2007 --(PR.com)-- Venture-funded innovation, a key economic driver and indicator for the City of San Jose, is up significantly, according to a new report issued today by VentureDeal and the Business Performance Management (BPM) Forum. San Jose, the nation’s 10th largest city and the metropolitan hub of Silicon Valley, is home to 64 companies, across a wide range of technology sectors, that received total disclosed funding of $616.4 million in 2006, up 27.4 percent from the previous year.

San Jose’s growth in total venture financing was more than double the national average. Total VC financing was up 12 percent nationwide and 15 percent in Silicon Valley last year. Of the 64 San Jose-based companies receiving funding, 25 were later stage companies, 21 were expansion stage, 13 were early stage, and five were start-ups. In 2005, 57 San Jose-based companies received $483.6 million in venture financing, according to the VentureVitality Index report.

“After surviving the technology downturn of 2001 – 2003, San Jose has bounced back nicely and continues on a solid trajectory of sustained high-tech growth with an eye toward diversification,” commented Don Jones, CEO of VentureDeal, a leading source of information and analysis on venture capital activity nationwide. “The City of San Jose is succeeding in its position as a tech-friendly place to locate and grow a venture-backed business.”

The upturn in venture funding in San Jose has significant short-term and long-term implications for jobs, economic development and growth. For example, according to past estimates, 75 percent of venture funds go toward a company’s salaries. According to the Illinois Venture Capital Association, one million dollars in venture financing typically accounts for 7.5 high-paying direct jobs, plus another 16.5 indirect jobs due to the so-called multiplier effect. More importantly, of course, venture funded companies often grow to be major contributors to the economy. U.S. companies that received venture capital from 1970-2005 accounted for approximately 10 million U.S. and $2.1 trillion in revenue in 2005, including some 2.3 million jobs and $506.8 billion in revenue in California, according to a recent study conducted by the analyst firm, Global Insight Inc., and issued by the National Venture Capital Association. While venture capital represents just .2 percent of U.S. GDP, venture-funded companies account for nearly 17 percent of GDP.

“The incubation and encouragement of new innovation-based companies is a pillar of our city’s economic development strategy,” said Paul Krutko, Chief Economic Development Officer, City of San Jose. “For example, in December of 2006, San Jose became the nation’s first city to partner with an investment management company, Pacific Community Ventures, to operate a strategic equity investment fund to support growth and expansion of small, innovative businesses. The city also operates a number of incubator initiatives focused on fostering new technology business starts. We’re obviously pleased to see an increase in venture financing flowing into the city.”

Immigrant entrepreneurs were a major force behind the city’s venture upturn. A survey of the funded companies shows that a minimum of 65 percent have at least one, and typically more than one, foreign-born executive on the management team. San Jose, which operates a wide range of programs to support global integration, is one of the most ethnically diverse major cities in America, the report notes.

The close proximity of major technology giants in semiconductors, networking, and other sectors are also a significant catalyst for new business starts, according to the report. The world’s largest semiconductor company, Intel, is headquartered next-door in Santa Clara, and the world’s largest network equipment company, Cisco, is headquartered in San Jose. Other well-known technology companies headquartered in San Jose include such heavyweights as eBay and Adobe. These companies attract numerous smaller companies into their orbit to provide outsourced innovation. Additionally, they serve as breeding grounds to ‘spin-out’ talented managers to start the next generation of great innovation companies.

About VentureDeal
VentureDeal is a leading source of information and insight on the Venture Capital and M&A industry. Its venture capital database is updated daily with the latest detailed information on venture financings, M&A transactions and contact information for companies in the United States and Israel.

About The BPM Forum
The Business Performance Management (BPM) Forum is dedicated to advancing performance accountability, process improvement, operational visibility and compliance in global organizations. It provides support to thousands of senior executives and practitioners representing enterprises with more than $500 billion in combined annual revenues. The BPM Forum’s C-level members engage in research, thought leadership, and knowledge exchange programs around a variety of strategic issues and challenges.