Federal Prison Camps - Everything You Need to Know

The MPM Group, Inc. has developed a comprehensive "soup-to-nuts" tour of various Federal Prison Camps, which can be found at FederalPrisonCamps.com. The "tour" includes more than 250 pages of informative text, downloadable PDF files and finally, this "tour" is supported by exclusive digital photographs that accurately show the interior and exterior of various Federal Prison Camps - an exclusive "insider's view" that has previously been unavailable to the general public. 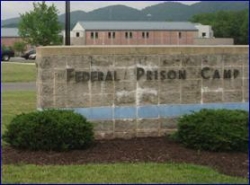 Marlton, NJ, October 02, 2019 --(PR.com)-- There are currently multiple Federal Prison Camps in every state throughout the United States. Some are stand-alone Camps and others are co-located near larger BOP Prison Facilities - these specific Camps are usually referred to as Satellite Prison Camps. Although not all Camps are identical - they are all certainly similar in many important ways.

Over the last decade or so, the U.S. Bureau of Prisons (BOP) has gone to great lengths to construct identical buildings that act as inmate Housing Units, Administrative Buildings and other facilities for those inmates assigned to a minimum-security facility, or for those inmates being "stepped-down" from higher security in preparation of them being released into the general public. Older Camps are being updated and new Satellite Camps are being constructed to augment the USP/FCI work forces.

However, notwithstanding what Camp an inmate (male or female) reports to, many of the daily nuances within that Camp are very much the same - if not identical. Indeed, all BOP Rules and Camp discipline is the same throughout the BOP. Inmate bunking, bathrooms, clothing, mail, computer access, violence, personal safety, daily work details, recreation and educational opportunities, as well as a host of other Camp issues, should be of specific interest to any individual reporting to a Federal Prison Camp.

Contrary to the many Federal Prison Camp sites that seem to simply reflect the limited and personal musings of a former "Camper," MPM's newly designed and updated "Tour" (FederalPrisonCamps.com) is designed to exceed our subscriber's expectations while accurately answering their most critical questions.