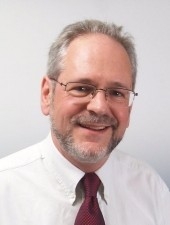 York, United Kingdom, May 09, 2006 --(PR.com)-- Mambo lead developer Martin Brampton today announced he was severing all ties with the Open Source project. His departure — which is eerily similar to the departure of an entire development team last year — comes in the wake of him finding himself unable to continue due to matters of conscience.

Mr Brampton is a respected IT developer, columnist and keynote speaker, based in the UK. He took over the lead developer role of the troubled project last September. That appointment followed the departure of former lead developer Andrew Eddie in the infamous split and eventual formation of Joomla!

His resignation from Mambo comes after internal matters had caused him great concern. "Following the Joomla! split, the Mambo Foundation appeared to take its role of governing the Mambo project more seriously. Miro International, the Melbourne software company that held all intellectual property in Mambo, addressed one of the concerns of former developers by assigning the copyright in Mambo to the Foundation," Mr Brampton said. "I thought there was some hope for the future."

In December 2005, Miro International Pty Ltd, announced that it had transferred the intellectual property it held in Mambo to the Mambo Foundation. On 4th April 2006, Ansearch Ltd, an Australian search engine and online media company, announced to the Australian Stock Exchange that it had entered into an agreement to buy Mambo Communities Pty Ltd. Mambo Communities is owned by Mr Peter Lamont, the owner of Miro International Pty Ltd, which is being voluntarily deregistered, and current President of the Mambo Foundation.

"This set of events started to set alarm bells ringing," Mr Brampton said, "particularly when members of the Mambo community began asking questions on the Mambo Communities forum and being banned for their trouble."

"Mambo Communities Pty Ltd, the company under contract of sale to Ansearch Ltd, owns the Mambo forums, help site, development forge, and latterly, the Mambo Developer Network," Mr Brampton pointed out. "It also owns domain names. So, when questions over the ownership of the Mambo name and trademarks arose and these were met with censorship and banning, I sought the services of an Intellectual Property lawyer to act on behalf of the Mambo Foundation".

Martin Brampton was an unofficial member of the Mambo Foundation Board at this time and sought answers to the questions being raised in the forum. "I had always asked too many questions and registered my dissatisfaction at not getting straight answers, which did not endear me to Mr Lamont and some other Board members".

On 25th April, Martin Brampton resigned his position on the Mambo Foundation Board. Less than an hour later, the Foundation finally admitted on the Mambo Communities forum that it did not yet own the Mambo trademarks.

Mr Brampton remarked: "In the ten days following my resignation from the Board, many of the most experienced Mambo users have left. Respected support folk using the Mambo Communities forum have found their posts removed and anyone questioning current events has been banned or blocked. The project is in disarray and some developers have found their access to the Mambo Communities-owned code and development web sites blocked".

He concluded: "By these and other actions, I have been placed in an untenable position. My departure from the Mambo project is effective immediately".