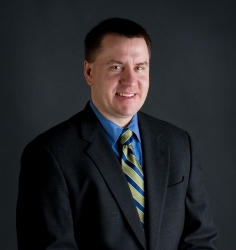 Denver, CO, May 11, 2011 --(PR.com)-- Planet Technologies, a Microsoft Gold Certified partner and leading IT consulting firm, announced today that it has named Clayton Cobb as the Director of Planet’s US Central Region and have expanded to a new facility in the Tech Center south of downtown Denver, Colorado.

Cobb was the first member of the Planet team in Denver providing strategic Microsoft and IT consulting services to major Planet clients in the region and in just over three years, has steadily increased Planet’s Colorado consulting team and customer base. By 2012, Cobb estimates his team should be up to 20 employees. Cobb will continue to support existing clients and manage a growing customer base to include Colorado, Texas, New Mexico, Nebraska, Oklahoma and other surrounding states.

“In a short period of time, Planet has established a strong presence in the Denver area because of Clay’s leadership and the development of a strong core team in the region,” said Scott Tucker, President of Planet Technologies. “Performing at the highest caliber for our customers and conducting business with the highest degree of integrity is Planet’s formula for success. Clay and his team overflow with these qualities.”