The Reality of the Young Coconut Water Market

Sure, DCOCO Young Cococnut Water has no artificial colours, no artificial flavours, no preservatives and no added sugar. But what makes DCOCO 100% Natural Young Coconut Water different from others.

London, United Kingdom, August 28, 2014 --(PR.com)-- DCOCO is UK’s first 100% Natural Young Coconut Water in 210 ml glass bottles. It has no artificial colours, no artificial flavours, no preservatives and no added sugar. That’s the common selling points of the majority of the coconut water companies. The real difference is, DCOCO is not from mature coconuts, rather it is from young king coconuts which are purely cultivated for drinking coconut water.

The majority of the consumers are yet to learn about mature coconut water, which is left out after the copra of mature coconuts are used for by-products like milk, powder, oil etc; its taste and nutritional facts are very different too. Only young coconut water is meant for drinking as natural beverage. Young coconut water brings in a number of health benefits as it is low in calories, high in potassium, calcium, magnesium, phosphorus etc.

DCOCO was launched in the UK in 2013. Mr. Venkatesh, MD DCOCO mentioned, “There is a gradual shift from sugary drinks to healthy natural drinks.” However, the shift is slower than in America and Europe. Coconut water is new to non-tropical countries, where people have never seen or heard about coconuts, tasting coconut water is far beyond. In countries like Thailand, India and Brazil people drink young coconut water as a daily thirst quencher, they know the taste of coconut water and like their own coconut water which they are used too. Nevertheless, the coconut water taste varies from country to country and region to region, that’s the beauty of nature.

“DCOCO has seen an uphill journey in the UK,” said Mr Venkatesh. They have managed to push the young coconut water beyond online and health store retail to main stream drink. Though UK is yet to embrace the healthy option by nature, there is fierce competition on the coconut water line. DCOCO have plans to launch 330 ml tetrapak. There is huge potential in the market for rightly priced authentic young coconut water and DCOCO has got it right. 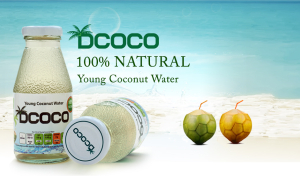 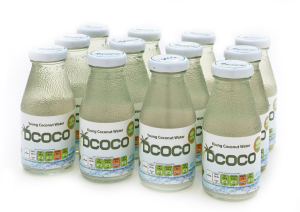