West Rock Marketing: A Growing Firm in the Hudson Valley 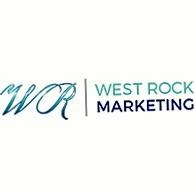 President Naomi West has big plans for the future of her business starting her United States Naval career in 2006 immediately following high school. Naomi had goals of becoming a broadcast journalist but her dream was placed on hold in order to gain the funding for her education. Exiting the military with an honorable discharge Naomi utilized her G.I. Bill to attend Yale university majoring in journalism with a minor focus on international studies and politics. Upon graduating Naomi began her career in broadcast journalism from 2013 to 2015.

West decided to expand her business career options in October 2015 while gaining entrepreneur experience from self starter William Pinkett in Owego, New York prior to expanding to Newburgh, New York.

West wants to continue expanding her firm. She plans double in size and to promote two people to management into different territories by the beginning of next year.