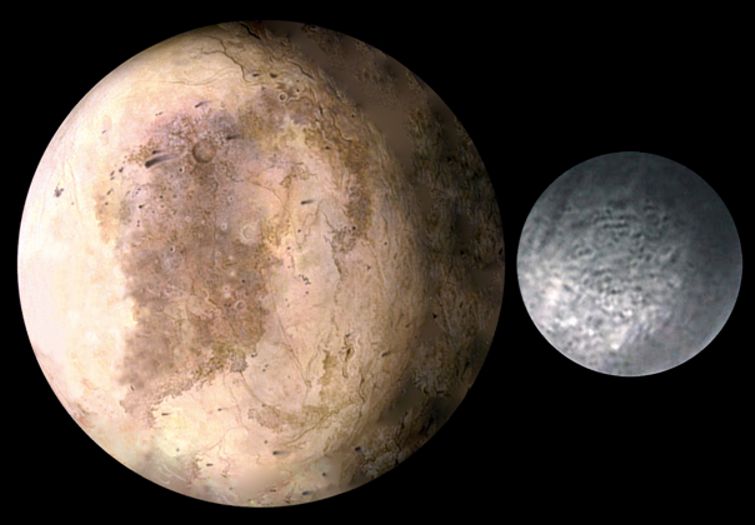 Southold, NY, March 07, 2020 --(PR.com)-- The Board of Directors of respected Astronomical Observatory, Custer Institute in Southold, NY has recently created a resolution declaring that Pluto is again a planet.

Echoing the sentiments of many in the science community, including Jim Bridenstine, Administrator of NASA, Custer Observatory has made the decision to take the lead in the scientific community and unilaterally declare that Pluto is in fact a Planet.

The Resolution reads as follows:

“Resolution:
“Whereas, Custer Institute, Inc. is an Astronomical Observatory and NY State Chartered Educational Institution providing education in astronomy, science and humanities which has associated with numerous prominent figures in astronomy and science, including Peter Van de Kamp, Sarah Lee Lippincott, Albert Einstein, Harry Fitz, John Dobson and many others.

“In as much as the IAU had in 2006 unilaterally defined planets as follows:
(a) is in orbit around the Sun, (b) has sufficient mass for its self-gravity to overcome rigid body forces so that it assumes a hydrostatic equilibrium (nearly round) shape, and (c) has cleared the neighbourhood around its orbit.

“It is our opinion that as it stands, without additional evidence or scientific reasoning, the third qualification “(c) has cleared the neighbourhood around its orbit.” is arbitrary, vague, and therefore, unscientific.

David Grinspoon, an Astrobiologist, and Alan Stern, principal investigator of New Horizons, point out that by using this qualification many exo-planets, even ones larger than earth, would fail this test and in fact so would the Earth if placed in certain parts of our solar system.

It is therefore resolved that this third qualification being too vague and arbitrary for necessary scientific precision is null and void, thereby reinstating Pluto as the ninth planet. This resolution will apply also to other bodies within our solar system which would thereby qualify as planets including Ceres, Eris, Makemake and others.

Custer Institute, Inc. also hopes and encourages other scientific and astronomical institutions and organizations to adopt similar resolutions and declarations. ”

Custer Institute, Inc. is a nonprofit (501c3) organization located on Bayview Rd. in Southold. Founded in 1927 by Charles Elmer (co-founder of the Perkin Elmer Corporation) and others interested in astronomy, science, education and culture. Custer has continued to grow over the years adding several observatories, offering courses and lectures in fields ranging from astronomy to music and from geology to beekeeping. Custer also hosts variety of concerts and educational programs supporting schools, universities, local scouts and community groups and much more. Custer also funds an annual STEM scholarship for students of local schools. Custer is open to the public every Saturday night for viewing through the telescopes.