The San Diego City Council honor the San Diego Writers and Editors Guild for their contribution to the arts, coinciding with the launch of the 2020 Anthology, The Guilded Pen - Strange Happenings. 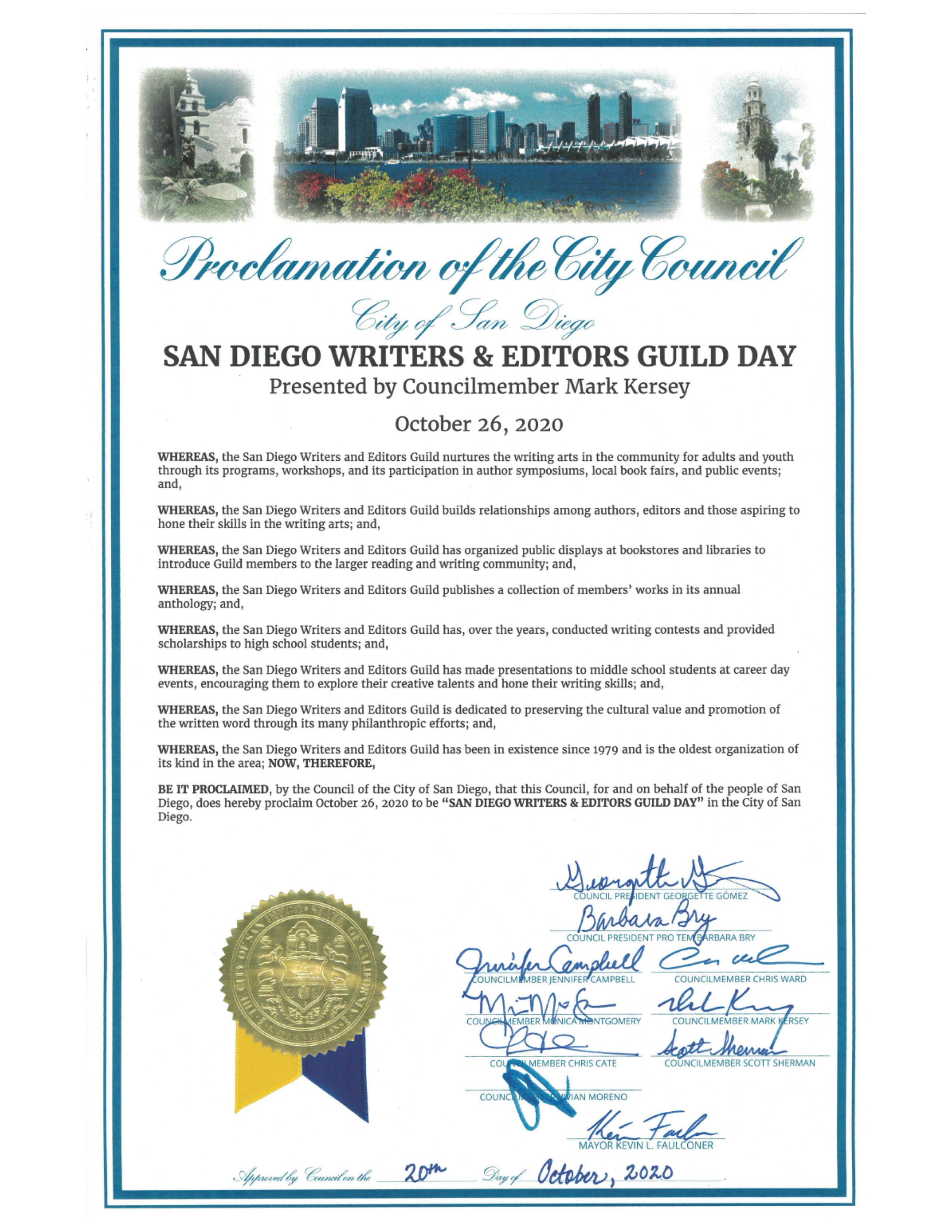 San Diego, CA, October 26, 2020 --(PR.com)-- The San Diego City Council has declared October 26 to be San Diego Writers and Editors Guild Day. They conferred the honor in recognition of the Guild’s contribution to the writing arts in San Diego.

The announcement coincides with the launch of the Guild’s ninth anthology of
short stories, titled Strange Happenings. The book features outstanding works by aspiring and established San Diego writers, most notably the perennially witty
Richard Lederer, best known for his puns, oxymorons, and anagrams.

According to Guild President Mardie Schroeder, “The members are delighted to
have received this recognition from the City of San Diego. We are excited to release the new anthology on a day that celebrates San Diego’s writers and editors, because it represents the best of the local writing community. The anthology is the pride of our guild, and it provides a place for talented but undiscovered authors to publish for the first time. Many of the writers featured over the years have built remarkable careers from their start in the anthology.”

Anthology editor, Marcia Buompensiero commented that the anthology is both hilarious and deeply introspective, “Readers can expect a surprising range of topics within the Strange Happenings theme. While many of the pieces draw inspiration from life on the California coast, some are about people and places as far afield as South Africa.”

Readers can order the Strange Happenings edition of the Guilded Pen anthology at sdwritersguild.org or Amazon.com.

The tenth anniversary edition of the anthology is slated for release in the summer of 2021. The Guild committee are calling on writers of all ages to join the Guild, become involved, and submit their work when the call for submissions goes out to members in 2021.

About the San Diego Writers and Editors Guild:
The SDWEG, founded in 1979 by Rhoda Riddell, is the oldest Guild of its kind in San Diego County. Today, after 41 years, the SDWEG continues its leadership role in the local writing arts. Members enjoy meetings throughout the year, marketing support, and ongoing seminars and workshops that assist in the development of writing skills and career advancement.
Contact
San Diego Writers and Editors Guild
Mardie Schroeder
619-928-9066
https://sdwritersguild.org/ 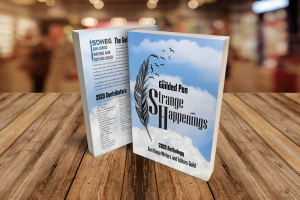