Joseph A. Materna is Honored by the Top 100 Registry as the 2020 Attorney of the Year in the State of New York

Joseph A. Materna is due to be featured in the Top 100 Lawyers Magazine, Q4 Edition, and is being Honored by the Top 100 Registry as the 2020 Attorney of the Year in the State of New York. 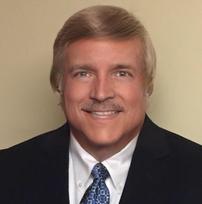 He also maintains professional alliances with Estate Planning Council of New York City; The Arthritis Foundation (Planned Giving Board); Bequests and Planned Gifts Committee of the Archdiocese of New York; National Association of the Estate Planning Council; Memorial Sloan-Kettering National Trusts and Estates Association; Columbia College Alumni Association (Alumni Class President, Class of 1969); Columbia Law School Alumni Association; and Richmond Town Historical Society. An expert in the field, Mr. Materna actively writes and publishes articles. Published in The Arthritis Reporter, he is the author of several articles, such as Charitable Giving Under Your Will, The Living Will - An Update, New U.S. Estate, and Gift Tax Rules for Non-Citizen Spouses, and The New Estate Tax Law Changes - An Update. Notably, Mr. Materna is the recipient of a myriad of awards and accolades. He is the recipient of several awards, including Lawyers of Distinction, Albert Nelson Marquis Lifetime Achievement, Marquis Who’s Who Top Lawyers, and Who’s Who Lifetime Achievement. Included in several honor publications, such as International Who's Who, Who's Who in the World, Who's Who in America, Who's Who in American Law, Who's Who in the East, Continental Who's Who, and Strathmore's Who's Who, Mr. Materna is a paramount figure in his field. Notably, he holds the Peer Review AV Rating from Martindale-Hubbell for over 25 years. Since 2010, he also possesses the Highest Possible Peer Review Rating in Legal Ability and Ethical Standards.
Contact
Top 100 Registry Inc.
David Lerner
855-785-2514
www.top100registry.com