The island of Cyprus, divided by partition for 34 years, is set for reunification. Expected to benefit most heavily is North Cyprus, with its already flourishing tourism and property industries. The North Cyprus property boom is expected to heighten following the talks. 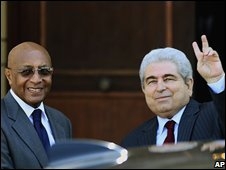 London, United Kingdom, September 08, 2008 --(PR.com)-- The divided island of Cyprus, split between the Turkish Republic of Northern Cyprus (TRNC) and the Greek protected Republic of Cyprus, for 34 years, now sees a new round of peace talks, which began this morning. It is the fourth meeting between the leaders of the partitioned island since Demetris Christofias, head of the Greek Cypriot state, took office early this year.

Indeed, commentators are excited and intrigued. TRNC president Mehmet Ali Talat has been in power for three years, and has reiterated time and again a preference for reunification.

The stumbling block in the past, it seems, was former Republic of Cyprus president Tassos Papadopoulos, who favoured isolation from the Turkish Cypriots, and went as far as making the maintenance of the partition part of his governmental ideology when he took office in 2003. When the U.N led Annan Plan for unification came to referendum in 2004, he publicly advised Greek Cypriots to vote against the move, famously making the statement,” I received a state; I will not deliver a community".

Under Papadopoulos' presidency, then, reunification was an unlikely scenario. Indeed the Annan Plan referendum closed with a TRNC positive majority totalling close to 60%, and a negative majority of closer to 75% from the citizens of the Republic of Cyprus. As the referendum was predicated on acceptance from both sides of the island, reunification plans were scrapped.

That is about to Change.
New president Demetris Christofias, who - as leader of the communist based AKEL, or the 'Progressive Party for Working People' - will certainly want to turn the disparate states into one community. Indeed, he based a substantial part of his election campaign on the reunification of the island, marking him out immediately from Papadopolous. As leader of the internationally recognised Republic of Cyprus, Christofias has the support of the E.U behind him, and Talat now has the privilege of working alongside a man who has the same aim at heart; the destruction of the old, war torn barriers.

North Cyprus Property Boom
The island of Cyprus can only stand to benefit. The North Cyprus property boom, which has seen rapid growths in tourism over the last year as a result of speculation on the unification plans, has also seen a burgeoning property market,that is now seen as one of the most fertile places for property development in the world.

With the industry booming already, reunification of the island will send prices even higher, so that an already championed property hot spot will grow and develop even further. Many argue that the E.U lead economy of the south, combined with the already large and ever growing tourism and property interest in North Cyprus, would be a powerful combination indeed.

With reunification now all but sealed, that is going to become a reality.
The property market, then, looks set to centre on Northern Cyprus. And Blue C Developments, the team behind the Whiterocks Resort in Bafra, has bucked the trend. It was the first luxury resort to be established in Northern Cyprus, and is already developing seven different complexes of one, two and three bedroom apartments, including offsite property development, at reduced rates.

Having moved in before the reunification issue was settled, they are one of the best placed companies to oversee the development of the property boom in Northern Cyprus, and will be there right through the destruction of the old partitions, and the emergence of a flourishing island.