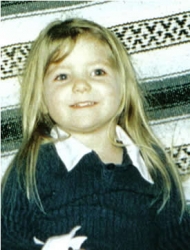 Springfield, IL, May 28, 2006 --(PR.com)-- Missouri Law enforcement officials have issued an Amber Alert following the abduction early this morning of a four-year-old and her mother from a house in Park Hills in eastern Missouri.

The suspect, Shane Kohut, allegedly threatened the two with a long knife at about 5:50 a.m. today and forced them into his car, a maroon four-door 1999 Dodge Intrepid. Law Enforcement consider this individual armed & dangerous.

Lillian Kohut, 4, is described as 3-foot-5, 40 pounds with blonde hair and blue eyes. She was last seen wearing pajamas.