How the Internet Saved the Lunatic Express in 1898

The telegraph served as the first e-mail system and opened the first possibility of long-range, two-way messaging. This Internet of the Victorian age served well for emergency transmissions for over 150 years, especially down railway lines such as the Lunatic Express in Kenya. 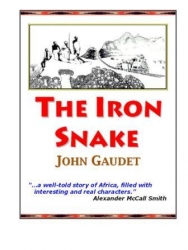 Richmond, VA, October 11, 2006 --(PR.com)-- Stories abound of how the Internet intercedes in daily life, a lifesaving message desperately tapped out by someone in a life-threatening situation illustrates another wonder of the marvelous world of networking. One blog operating during the Katrina emergency was monitored constantly by rescuers, who then sent in teams to save the people involved. The same applies to cell phones and more recently to text messaging (Remember the kidnapping of the 14 year-old Shoaf girl?) But the impression given is always the same, the general public is left amazed at the novelty and power of the written word sent down the wire in haste.

It doesn’t require much imagination to picture the scene on the other end of the wire, you can easily imagine yourself bound and gagged, able to hop to a console and use one finger to open the lifesaving page on broadband. On the receiving end is perhaps your spouse at work or at home, casually checking the family e-mail between household chores, or a teenager reluctantly glancing up to see a new e-mail alert in the task bar above his or her MySpace page.

“Help!” the message is screaming at you…

A wonder of the modern world, or is it?

Consider the first e-mail system, the telegraph, the electromechanical marvel that opened the first possibility of long-range, two-way messaging, the Victorian version of IM. In its time it was a wonder, hardly to be superseded during the next 150 years. It lasted from 1844 until the early 1990’s, when satellite transmission replaced telex and mechanical teleprinters. The advent of broadband in 1964 and the Internet in the late ‘70’s completed the transition. Now even the early Internet emergency messages are history because of wireless technology, though in their time, could they ever be as exciting as the telegraph messages on railroads such as the Iron Snake, the turn of the last century railway line in Kenya from Mombasa to Nairobi?

Consider, for example: “Lion fighting with station. Send urgent succour,” from a station master in the middle of the night. A man-eating lion was trying to rip the galvanized roof off the small brick building to get at him. Or other messages sent down the same line because signals could not be lit at twilight due to lions roaming the area. In the days of single track systems, train drivers had to know for certain whether a switch was open or closed, otherwise a collision and loss of life would result. Of course the telegraph also closed the communication gap between towns along the right of way and allowed the railway to survive, but it could not escape being called The Lunatic Express.

This fall, Brandylane Publishers, an independent press in Richmond, VA, will publish “The Iron Snake,” a new historical novel by John Gaudet (brandylanepublishersinc@yahoo.com, $16.95 plus shipping, $5.95)
based on the saga of this same railroad and the people affected by it.