The company released this Ebook “Don’t Take Candy From Strangers” and it teaches What Parents Need to Know about MySpace, a Laptop $900.00 - DSL hookup $50.00 - MySpace account Free - Information to protect your child from predators. Priceless. Please Don't let your Child Become a Statistic. 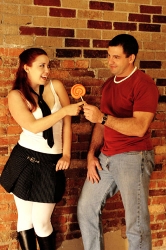 Heber, UT, November 13, 2006 --(PR.com)-- The authorities at Online Security Authority (OSA) announced today, that starting November 15th and running through the end of 2006, the 1st of three projects related to your online security will be unveiled. OSA has made a network of websites covering some of the Internet's most recognizable problems, such as spam, viruses, malware, phishing, identity theft, banking SSL, bill pay, credit card fraud, and the new online dating scene, which includes the “Teen Revolution” called social networking. Concerned parents are asking how do I protect my teens, and if it becomes necessary, to protect their young children How do I block mySpace? And similar sites.

Since 2005, the hottest new place to be and belong to are social networking communities, such as mySpace, Friendster, Facebook, Digg and delicious. These communities are the nightclubs of the new millennium, social networks include: online chatting, text messages, cell phones, v-phones, and anything that includes hard drives, chips, memory, audio, and video and media cards. In plain terms, connections made through media sources like laptops, PC’s, PDA's and new high-tech mobiles. They bring people together by the mass media appeal, and now more than ever security issues of vulnerabilities, call for precautions to be taken every hour if not every second of every day. The so-called innocence enjoyed by everyone about the Internet is gone forever, personal privacy, identity theft, along with the ever-present threat of online predators and pedophiles should be everyone's three main concerns.

The U.S. Postal Inspectors reported that Identity theft is America’s fastest-growing crime. The crimes committed most include: phishing, credit card fraud, check forgery, or an organized crime syndicate stealing ID’s, personal information and data, social security and driver’s license numbers, (which are then sold on the black market). Internet thieves are going mainstream with the arrival of new malicious codes and phishing attacks. Identity theft touches one in eight Americans every year. Fraud schemes victimize millions of Americans each year, leaving many, financially devastated. There are laws to protect victims and services and support available: Get 7 Fraud-Prevention DVDs No Charge, No S/H, No Strings!

Recent headlines are shocking and horrifying parents—young adults are getting sucked into the mySpace trend and forgetting the “Don’t Take Candy From Strangers” rule that has been instilled into their minds since kindergarten. Teens are disappearing because they are careless, and there’s not much adults can do about it. At a time when every abduction story is more tragic than the last, it is important to remember some simple rules and to create a secure account on my Space and similar sites. Our main responsibility is to keep our children safe. For that reason OSA has developed the exclusive guide “Don’t Take Candy From Strangers” an e-book guide for every parent or caregiver on how to teach their loved ones not to trust anyone they don’t know. Jennifer Jensen of OSA says, “The new book written on an old idea is simply a wonderful way of showing our children how to stay safe. In a world filled with online predators and real life pedophiles, they should always be on the lookout!”

With no "Real End" in sight for cyber crimes and without stiff penalties and punishments, there is no deterrence for cyber criminals. Since the development and growing popularity of social networking and friend sites, issues of online safety have become of even greater concern. Online Security Authority believes now is the time to take action! Its time to say: “enough is enough” or scream out from the rooftops that “Were not going to Take IT Anymore!” We must band together and force politicians, the Federal Government, and International leaders to make changes in how we treat Cyber Criminals. The OSA network of websites is dedicated to providing resources, helpful information, and an exclusive e-book series, including our soon to be flagship project called Cyber Laws 2007 are all reasons to see what all the buzz is about. The Senior Editor of OSA, Bill Wardell, told Jennifer, “OSA will supply all the news, resources and tips to protect consumers as possible. We have not scratched the scratch of the surface of changes that will take place on the Internet over the next 5 years and Beyond!”