Don’t Miss the Trance to Lose Your Fear 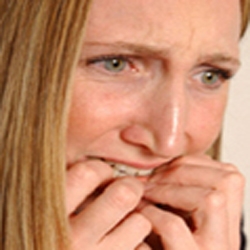 Spiders, flying and public transport are all it takes to send many people into a state of anxiety or panic. Crowded places are simply terrifying to some people. Some fears are of course rational, but others seem to have no simple explanation.

A few are evolutionary, experts say, and they have developed in response to dangerous situations that may cause harm, such as a poisonous bite, or being in a situation that makes us feel trapped. And if they aren't instinctive, we generally learn them from our parents or by some long forgotten childhood event or recent trauma.

“Many fears have some element of perceived danger in them,” says Fiona Biddle, Chairperson of the National Council for Hypnotherapy. “Even a seemingly silly phobia, for example of boiled eggs, to the sufferer will hold a perceived danger. Food poisoning perhaps, and this may have been set up by eating an egg that was rotten.”

Fortunately, in the main, these responses are normal and often useful.
Children, for instance, may retreat from a cliff edge because they sense they could fall. Fear of public speaking, which can reduce even the most confident person to a gibbering wreck, comes from a belief that they may be judged and seen as stupid, incapable or unprofessional. As a result, they will spend more time preparing to make sure their speech or presentation goes well.

But for a large proportion of the public, who experience a seemingly irrational reaction to an everyday object or situation, have to deal with an entirely different form of anxiety that is commonly known as a phobia.

An agoraphobic for instance may have a fear that they will be sick in public, which could have been set up because they were sick in front of some friends when they were a child and were ridiculed for it. This fear/phobia may not appear for 20 years and will seem to come out of the blue. For example he or she may initially have feelings of nausea, rapid heartbeat, flushing, increased respiration and chest pain when travelling on a bus. This initial attack will be interpreted in their mind as being unwell believing it maybe a heart attack or asthma. Not surprisingly this often makes the feelings of panic a lot worse. This attack will now be linked to the bus and travelling on transport where they feel trapped. He or she may have no understanding that it came from an earlier event. The fear of another attack may cause them to go to great lengths to steer clear of any situation where they may be trapped in a public place, or whatever circumstance triggered the reaction in the first place.

Surveys show that while our lives are improving in materialistic way, however our expectations are also rising with regard to happiness and fulfilment and many of us feel less content. Acts of terrorism, despite the low odds of actually being affected by one, have naturally made flying and even travelling into our cities more stressful.

But don't get too worried or depressed. According to The Surrey Institute of Clinical Hypnotherapy, major anxiety problems are very treatable.

The Surrey Institute of Clinical Hypnotherapy has been working successfully with various types of anxiety for many years. They have seen just about every type of anxiety going from a fear of bananas to a lady in her 70’s with claustrophobia, agoraphobia and OCD.