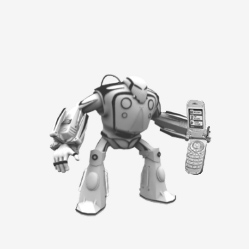 The Century City Cell Phone Fest is aimed at encouraging the production of short films designed specifically to be played on cell phones, or made by cell phones. Submissions can be anywhere from 15 seconds to three minutes. The contest final deadline is August 15, 2007 with the grand prize winner receiving a trip to the Sundance Film Festival in 2008.

“This event is a great way to educate young filmmakers on the intricacies of producing for this important entertainment medium, and we are excited to be a part of it,” said Daniel Tibbets, Vice President, GoTV Studios. “As mobile television continues to flourish, this contest will provide burgeoning filmmakers exposure to alternative delivery platforms and a mobile-savvy audience.”

“We are one of the first cell phone festivals in the USA and see this as a way to broaden the opportunities for filmmakers while bringing independent cinema to the average cell phone user,” said its Director/Founder Patrice Williams.

About The Century City Cell Phone Fest
The Century City Phone Fest was founded by Patrice Williams, the CEO/Founder of the Minorities in Broadcasting Training Program; a non-profit 501(c)3 organization formed in 1992 to provide training opportunities to minority college graduates in television and radio news reporting, news management and film production.