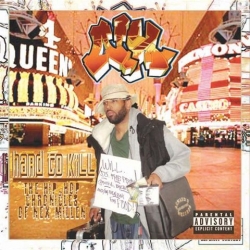 “Hard To Kill chronicles Nex Millen’s evolution as an independent hip hop artist, and really showcases his versatility in rhyme styles and production,” said the album’s Executive Producer, Marci Krufka. “Nex Millen is the true hip hop renaissance man and a shining example of the best in Philly hip hop.”

Nex Millen/Retrospective is a Philadelphia-born artist, producer and DJ. He is a co-founder of Camden, New Jersey-based Breakbread Projects and a member the critically-acclaimed group Nuthouse. Millen has performed across the United States and throughout Europe and was the Music Coordinator for the Digable Planets 2005 Reunion Tour UK. Formerly an engineer with Sony Studios (New York) and Sigma Sound Studios (Philadelphia), he has released several recordings as an artist with former groups, produced numerous singles, albums and mix tapes for other artists and was the Music Supervisor for the very successful And1 B-ball mix tapes.

“Hard To Kill” is available for purchase at local retail outlets and at www.respecttheculture.com.

For a promotional copy of the CD (press only) or for more information contact Marci Krufka at Respect the Culture at 610-550-9705 or marci@respecttheculture.com.