Comedy Blowout Set to Debut at the Irvine Improv 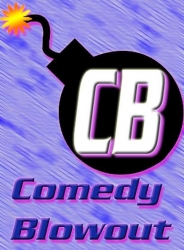 Irvine, CA, January 26, 2007 --(PR.com)-- Comedy Blowout Productions is set to debut in Orange County this month. They will be bringing their show to the Irvine Improv on January 29th. The “Comedy Blowout Show,” which is an on going monthly show at the Ontario Improv, has been attracting huge crowds and receiving rave reviews. They are hoping that Orange County comedy fans will be just as excited about this show.

Gus Arredondo, the company’s Head of Operations, said, “We are proud to say that this is one of the best comedy show out there and we can’t wait to get in front of the Orange County comedy fans.” The show, which features a rotating line up of local and national comedians, has been an Inland Empire favorite since Arredondo and partners Dustin Scott and Jessica Marchant started the company in 2005. All three partners, accomplished comedians in their own right, wanted to present comedy shows that were designed to please the audience.

Arredondo said, “We are always asking ourselves what we would want to see if we were sitting in the audience.” The Irvine show will feature headliner Peter Berman, who has numerous television credits including his own half hour special on Comedy Central and he just released a new comedy CD titled “Guess, Try, Hope.” In addition to Berman, local comedians Ted Mac and Jonny Loquasto as well as Arredondo, Scott and Marchant will be performing.