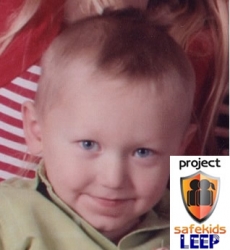 Springfield, IL, January 25, 2007 --(PR.com)-- The Flathead County Sheriff's Department and The Montana State Police have issued and Amber Alert for Loic J.M. Rogers after a search, which began shortly after he disappeared, failed to turn up any trace of the boy.

Authorities said Loic’s father reported last seeing him at about 7 p.m. Wednesday after finishing dinner at a relative’s house in Evergreen.

Undersheriff Pete Wingert said the father told authorities he took the boy to the car and went back inside to get Loic’s sibling. When he returned to the car, Loic was gone.