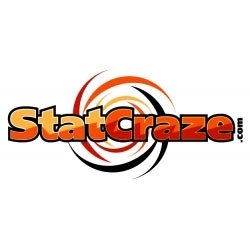 Spanish Fork, UT, March 06, 2007 --(PR.com)-- StatCraze.com, one of the fastest growing fantasy sports sites on the web, is introducing itself to the United States by launching its first March Madness college basketball bracket portal. "March is the definitive month for sports fans", said StatCraze CEO, Douglas Long. "The NCAA basketball tournament is the ultimate event in sports and we wanted to be a part of it."

The StatCraze March Madness portal offers users the opportunity to create online bracket groups and invite friends, family or co-workers to go head-to-head with their choices for the 2007 college basketball tourney.

The free game provides users variable bracket scoring options, the ability to create groups with unlimited users, an easy to use interface and an email function that will have friends talking smack and co-workers trading barbs.

"Originally, we just wanted to develop something for our family members, but as things progressed and our ideas continued to flow, it became clear that we needed to expand our target market,” said Long. "This may be our first March Madness tournament, but it is most definitely not our last."

About StatCraze.com
Founded in October 2006, StatCraze is privately-owned and created by sports fans for sports fans.  In addition to their March Madness portal, StatCraze.com is in development to offer a wide array of fantasy sports games and overall sports information.