Bazialini's "Ballin Off The Wall" Makes a Slam Dunk 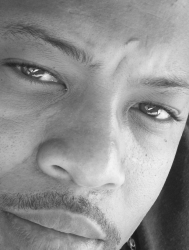 Oakland, CA, March 15, 2007 --(PR.com)-- Bay Area artist Bazialini was recently interviewed by music editor Simply C for a new column entitled "The Next Big Thing"
(http://hiphopruckus.blogspot.com/2007/03/simply-c-ballin-out-with-bazialini-next.html) on Hip Hop Ruckus, an on line hip hop news magazine. It was announced shortly after by Corey Fairley, Editor and Chief of Hip Hop Ruckus that Bazialini's newly released single "Ballin Off The Wall" has been chosen to be the new theme song for Hip Hop Ruckus.

It has only been a short time since the release of "Ballin Off The Wall" and industry insiders are waiting to see what this rising star will do next. Bazialini's melodic voice, infectious beats, and energy filled style that has made him an underground favorite and is definitely raising this new hip hop star to the topside of the rap game.

"Ballin' Off The Wall" is available for purchase on CD Baby (www.cdbaby.com), Itunes (www.itunes.com), & Napster (www.napster.com).

To listen to this hot new single or learn more about Bazialini visit: www.bazialinimusicgroup.com

Hip Hop Ruckus is paving the way the world gets it Hip Hop fix. Created out of passion for hip hop music; which started back in the day with artist like Run DMC, EPMD, Kool G Rap, KRS-One and continued on with more current artist like Biggie, Tupac, Redman, and the Wu-Tang Clan. A movement began to introduce a place for fans of Hip Hop, a place where the can get the latest music, news and gossip. Hip Hop Ruckus quickly became more than a news portal it became a stage to promote artists (established and up and coming).

Only in its first year, this young company is home to some of the hottest Hip Hop artist and DJ's out. Their Mission is simple to make great music. Their Motto is to make clap!

They realize it takes heart, know-how, street savvy, and industry knowledge to make it in this business; Bazialini Music Group is dedicated to taking that same energy, can-do attitude, and street-game, to make great music and above all make it clap!