World premieres, a tribute to special guest Barry Corbin and a pre-release sneak preview on tap for the sixth annual event.

Estes Park, CO, August 14, 2011 --(PR.com)-- Showcasing 35 of the latest independent films from around the world, the 6th Annual Estes Park Film Festival (www.estesparkfilmfestival.com) will take place September 16-18 at the Historic Park Theatre in beautiful Estes Park, Colorado at the gateway to Rocky Mountain National Park. Built in 1913, the Park Theatre is the oldest operating movie theatre west of the Mississippi and is on the national register of historic places. This September, filmmakers, festival attendees and industry professionals from around the world will travel to Estes Park to enjoy the diverse selection of independent feature-length films, documentaries and short films. The festival will also honor their featured guest, actor Barry Corbin (Northern Exposure, WarGames, Urban Cowboy), with a lifetime achievement award for his contributions to cinema and television.

Featured at this year’s opening night party is a special pre-release screening of the Sundance Film Festival Award Winner “Happy, Happy” from Norwegian director Anne Sewitsky. In "Happy Happy," Kaja is the perfect housewife, but she is starved for intimacy. When an attractive family moves in next door she struggles to keep her emotions in check. A new friendship leads to changes Kaja cannot reverse, and as Christmas time approaches it is clear that nothing will be the same again. Other feature-length films include “Serotonin Rising” from writer Darren Foster and director Tony Perri. Described by the filmmakers as the world’s first truly “Feel Good” movie, “Serotonin Rising” combines the heart-warming and inspirational story of two TV reporters who discover the secret to a happy and healthy life through the "Words of Wisdom" from the world's leading scientists, spiritualists and philosophers. Closing out the film festival on September 18th is “The River Why” starring Zach Gilford, Amber Heard, Kathleen Quinlan, Dallas Roberts, William Devane and William Hurt. A big hit at film festivals across the country, “The River Why” is the story of 20 year old Gus Orviston, the Mozart of fly fishing, who leaves his big city home in rebellion from his family to live in a secluded cabin on the banks of a wild river. The River Why is a love story about the love of a man for the wilderness, and for a beautiful woman who comes to share it with him.

Documentaries in the festival include the Colorado premiere of “Bugeaters” from filmmaker and past EPFF award winner Jim Fields. Using tinted rotoscope animation and also staging historic recreations using actors, “Bugeaters” reveals for the first time the untold story of the first decade of Nebraska football, from 1890-1900, when the first N.U. football players were known as 'Bugeaters’. Denver based filmmaker, Alan Dominguez, presents his haunting documentary “Photos of Angie” about the brutal killing of Angie Zapata, a transgender teen from Greeley, Colorado who was murdered in July, 2008. Other documentaries include “Bring the Riding to the People” about volunteers coming together to build municipal mountain bike parks in three very different communities, and the Duplass Brother’s (Baghead, Cyrus) musical hero Kevin Gant makes his triumphant return to the music scene in their debut documentary “Kevin”.

Five diverse and very entertaining programs of short films round out the festival schedule and include the very popular Student Film Program which showcases films from undiscovered student filmmakers representing such schools as New York University, University of Denver, and Lora L. Batchelor Middle School in Bloomington, IN. Other short film programs include the animated comedy “Gus” from Australian filmmaker Andrew Martin, and the terrifying “Nobody But Her” about 8-year old Greta and the mystery surrounding her grandmother’s strange death.

Many of the filmmakers will be on hand to introduce their films and will be a part of a filmmaker panel discussion on the creative process of getting their films from script to screen. There will also be plenty of parties where attendees can mingle with the filmmakers and special guests. For a complete schedule of film screenings, parties and panel discussions visit www.estesparkfilmfestival.com or call 970-231-2580. Advance tickets and passes to the festival are available online or at the Park Theatre box office. 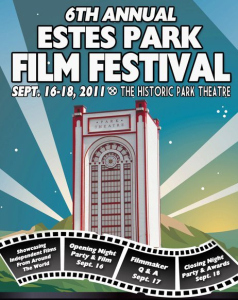 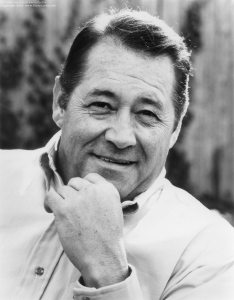 Join them as they present legendary actor Barry Corbin with a Lifetime Achievement Award at the 6th Annual Estes Park Film Festival Sept. 17, 2011 at the Historic Park Theatre. 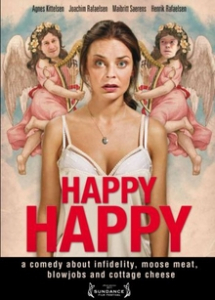 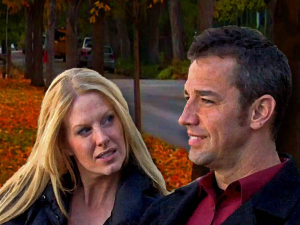