Nobel, a leading online retailer in prepaid communication, is now giving away prizes through nobelcom.com and enjoyprepaid.com 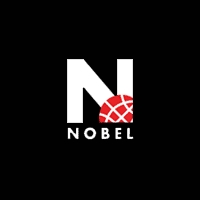 Nobel invites everyone to try their chances in the Sweepstakes, no matter if they are customers of the company or not; all you need to do is fill in an online form that can be found on the internet at www.nobelcom.com or www.enjoyprepaid.com. Each form completed accordingly will participate in three draws with chances to win 50 monthly prizes, 3 quarterly prizes and 1 yearly prize which consist in a trip of a lifetime for two to Hawaii.

“I am happy to continuously reward our loyal customers for making Nobel the #1 prepaid phone card company online. We plan to continue delivering our customers the best in terms of quality, customer service and value on every level”, said Thomas C. Knobel, CEO of Nobel.

Over the years Nobel’s achievements have been recognized by independent publications, such as “Kiplinger’s”, who named Nobel the best prepaid phone card in 2006 or “Inc. 500 Magazine” which included Nobel in the top 500 fastest growing private companies in the United States at number 79 in 2004.