On Thursday, May 23rd, St. Lawrence Arts will present a program of his recent short films including 'Green Eye," just shown at the Atlanta Film Festival and "Monarda" included in "Rockland Shorts," an international program of experimental films shown at the Strand Theater, Rockland. There will be a Q & A at the conclusion of the program.

On Thursday, May 23rd, St. Lawrence Arts will present a program of his recent short films produced by the non-profit production company Dark Horse Films, Inc. There will be a Q & A at the conclusion of the program.

Walter Ungerer is a longtime filmmaker and artist of international reputation, beginning with the underground film scene in NYC in the early 1960s, continuing through to the 21st century in Maine. Ungerer’s works have been shown at festivals and competitions throughout the world including Florence, Tours, Athens, Hong Kong, Houston, Tate, UK and MoMA, NY.

Ungerer uses the short form, another term for short film. His method of working can be described as layering or building visual sequences one on top of the next. For years he was noted for using the long form (films over 75 minutes) shooting narrative films with concern for static shots devoid of any camera movement but with careful concern for composition, suggesting a painterly quality. This is no surprise since Ungerer studied fine and graphic arts at Pratt Institute in the 1950s. His willingness to begin to embrace the computer in the 1990s is a change thought by some to be brought about by the escalating costs of producing a film. To focus on the visual qualities of Ungerer's films without mentioning the ethereal, meditative tones they eschew, is to miss the most important part of his work, the ability to take the viewer to another realm, a surreal atmosphere where, as Hannah Piper Burns, co-director of the Experimental Film Festival, Oregon describes it, "…the film deals with life, freedom, and transcendence of limitations."

Dark Horse Films is a non-profit film and video production company that produces and distributes "media as art." Established in 1976 in Montpelier, Vermont, the company for several years offered CETA film production internships to people interested in pursuing a career in motion picture production.

Today, the primary concern of Dark Horse Films is to support the work of its founder Walter Ungerer. 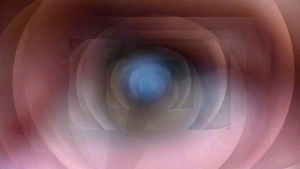 Green Eye is a new film by Ungerer. It was just shown at the Atlanta International Film Festival, Atlanta, Georgia; and is being considered for the Utah Film Festival.