Popular social networking site Myspace announced earlier this month that The New Orleans Musicians Relief Fund has made it to the final top 3 of worthy nominees to be honored with the "Community Building" Impact Award.

Chicago, IL, August 19, 2007 --(PR.com)-- Popular social networking site Myspace announced earlier this month that The New Orleans Musicians Relief Fund has made it to the final top 3 of worthy nominees to be honored with the "Community Building" Impact Award. Voting is taking place through August 24, 2007 on the popular website and the winner of this lucrative $10,000 grant will be announced shortly after. This grant could change the lives of hundreds of musicians who have come to rely on grassroots community efforts after the Federal, State and local governments' assistance efforts were insufficient.

It's almost impossible to think about the city of New Orleans without its trademark and historical music community. The New Orleans Musicians Relief Fund, previous winner of the Gambit Big Easy Award for humanitarian service, provides grants, housing, furniture, transportation, instruments and anything else it can to assist those still struggling to rebuild their lives post Katrina. The New Orleans Musicians Relief Fund, Inc., a grass roots certified 501c(3) non-profit was founded in Internet cafes and FEMA rooms by local musician Jeff Beninato and his wife Karen and is supported by volunteer graphic designers, publicists, video producers and many well known artists such as REM, Dr John, Little Steven, Kenny Wayne Shepard and Ian Hunter. All donations made to its foundation go directly back to the community making it a truly valuable resource for those in need.

With the 2nd Anniversary of Katrina quickly approaching, this is great news for a special organization that has played a big part in assisting survivors in rebuilding their lives. Millions of Americans will never forget as they watched the horror unfold before their eyes as 80% of the city flooded along with many areas of neighboring parishes for weeks. Tens of thousands of survivors were left clinging to rooftops, trapped in hospitals and shuffled to the Convention Center where they were left without food or water for several days. Hundreds of thousands of other survivors were scattered to shelters around the country, many of them still remain unable to return to their homes. The grassroots New Orleans Musicians Relief Fund helps displaced musicians wherever they are now.

You too can help, by simply casting a vote at the Myspace Impact Awards official site: http://www.myspace.com/impactawards

You can vote once a day, so keep visiting the site until the deadline on August 24, 2007. Each vote counts and it's such a simple way to show your support. Together we can all make a difference. If you would like to make a donation to The New Orleans Musicians Relief Fund, please visit the site at: http://www.nomrf.org

There are many benefits to your donations including "The ReDefine 8/29 Download Platform" recently given a 4 star review by Rolling Stone Magazine which features seventeen songs by artists such as Dr. John, Ian Hunter, The Kaiser Chiefs, Johnny Sansone, Edwin McCain and Maia Sharp, Backyard Tire Fire, Craig Klein, Chicago Farmer, Susan Cowsill, James Andrews, The Rev. Goat Carson, the dB's, John Rankin, Beatin Path, Bryan Lee, Spencer Bohren and Joe Topping. Some of these artists will be performing their songs at The New Orleans Musicians Relief Fund's Carrolton Station Download Celebration in New Orleans on August 24, 2007.

Headstrong Amps has also donated a retro style hand-built amp signed by Dr. John, Kenny Wayne Shepard, Little Steven, Mike Mills and Ian Hunter. This piece of rock and roll history will be auctioned on ebay through 8:29pm on August 29, 2007.

For more information and to request an interview, please contact: 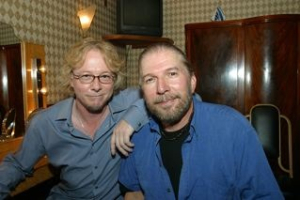 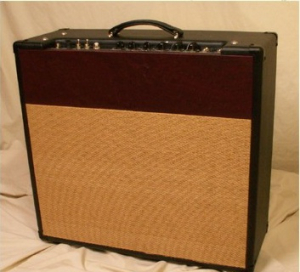