CFCA is a movement of dedicated people who are tackling poverty in new and innovative ways. Founded in 1981, CFCA today is the largest nonprofit in Kansas. 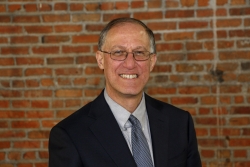 Kansas City, KS, December 18, 2013 --(PR.com)-- Christian Foundation for Children and Aging is pleased to announce a new president and chief executive officer has been named to lead the organization, soon to be known as Unbound, into the future.

Scott Wasserman, who served on the CFCA governing board for 15 years, the last 14 years as board chair, has been named president/CEO. Wasserman steps into the position following the unexpected passing of CFCA President and Co-Founder Bob Hentzen, who died Oct. 8 in Guatemala.

Current CEO Paco Wertin will remain at CFCA in another capacity.

“For me, this is a personal calling to continue the walk started by Bob and his co-founders,” Wasserman said.

Wasserman has been a sponsor of children through CFCA for 25 years.

He holds a law degree from Harvard University and has practiced law for 28 years. His focus for the last 20 years has been child advocacy law.

He is vice chair of the United States Conference of Catholic Bishops National Review Board. The board advises the bishops on policies to prevent the sexual abuse of minors in the United States by persons in the service of the Church.

Wasserman also chairs the independent review board for Archbishop Joseph Naumann of The Archdiocese of Kansas City in Kansas.

He is a recognized public speaker, lecturing at universities and to parent and youth groups on topics that include special education and legal issues regarding children.

Anne Ryder, newly elected board chair and a board member since 2008, said Wasserman’s qualifications and commitment to the organization make him an excellent choice to lead Unbound into the future.

“Scott is thoroughly familiar with Unbound and its work of bringing hope to families in developing countries, having been a board member of CFCA/Unbound for 15 years and its board chair for 14 years,” Anne said. “We are fortunate to have been able to select a president/CEO who knows the organization well and has a deep commitment to our mission.”

Fellow board member Carolyn Zimmerman said Wasserman, working alongside the existing staff, will be able to make great contributions and a smooth transition to a brand update scheduled for January of 2014.

“The board has trust and confidence in the executive team,” Zimmerman said.

Wasserman said his first priority is to “reassure and inspire” the staff, the more than 300,000 sponsored people CFCA serves around the world and the nearly 270,000 sponsors who help a child or aging person in need through the organization.

“It’s daunting because of my great respect and admiration for Bob,” Wasserman said. “What gives me courage is the faith and perseverance of the families living in poverty and the families who sponsor them.”

CFCA is a movement of dedicated people who are tackling poverty in new and innovative ways. Founded in 1981, CFCA today is the largest nonprofit in Kansas. The organization works in 21 countries around the world, connecting people across cultural, religious and economic divides. A brand update set for January will include a transition to a new name, Unbound. The name is an expression of the organization’s work to free people from poverty and isolation.
Contact
Christian Foundation for Children and Aging
Erica Braker
913-384-6500
www.hopeforafamily.org