Merrimack Valley Production has announced that the documentary: BASTA - No pity - No shame - No silence- has been selected to premiere at the Boston International Film Festival on Easter Sunday April 20th at Loews Theatre/AMC Boston Common on Tremont Street.

Boston, MA, March 20, 2014 --(PR.com)-- BASTA, a film documenting the emotional journey taken by simple men detailing their attempts to reach into the Vatican walls in search of help, hope and aid in healing a nation reeling from the effects of the clergy abuse crisis, will premiere at the Boston International Film Festival on Sunday, April 20th.

Attempting to battle the cover-up, shame and silence of clergy sexual abuse, three survivors from Boston Massachusetts, travel to Rome reaching behind the secret walls of The Vatican. Their weeklong effort becomes a decade long mission that exposes mind blowing statistics and unexpected worldwide results.

“There are times when a societal issue is so incomprehensible that it seems nearly impossible for people to grasp, much less digest,” shared filmmaker Gary Bergeron. “The worldwide epidemic of child sexual abuse by clergy is such an issue. As the producer and subject matter expert for this film, I wanted to show the audience the facts in a way that allows viewers to draw their own conclusions. The goal is to provide the audience an opportunity to travel on the decade-long journey through the eyes of someone who has moved from being a childhood victim to an adult survivor. Our hopes are that this film will engage society in a conversation that is long overdue. Being selected by the Boston International Film Festival is a step in that direction. The Boston International Film Festival’s decision to premiere the film on Easter Sunday, is perhaps divine intervention.”

According to Bergeron, “This is a global epidemic which needs, and deserves, global awareness. There are 60 million adult survivors of childhood sexual abuse living in the United States alone. Survivors need to know that they are not alone and above all, there is always hope.”

Filmmakers’ Bio: Gary Bergeron, 51, lives in the greater Boston area. A carpenter by trade, Gary, along with his brother came forward to his parents about his abuse at the hands of Rev. Joseph Birmingham, in March of 2002. Within 3 months, more than 55 survivors of abuse from the very same priest publicly came forward. The following month Gary's 77-year-old father revealed to his son that a priest had also sexually abused him as a child. Vowing "There will never be another child named Bergeron abused again," Gary began sharing his story and publicly speaking out about clergy sexual abuse. Gary is the co-founder of Survivors Voice U.S., an organization founded to help adult survivors of childhood sexual abuse. He is also the US liaison of Survivors Voice Europe, the European branch of Survivors Voice US that recently gave testimony to the United Nations in Geneva. Gary authored a book in 2005 titled “Don’t Call Me A Victim: Faith, Hope & Sexual Abuse in the Catholic Church.”

BASTA was produced at the Lowell Telecommunications Corporation in Lowell, Massachusetts, a nonprofit subsidiary of Lowell Public Television.

For more information about BASTA, the movie, visit www.bastathemovie.com 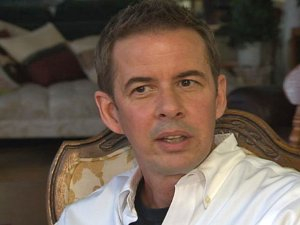