A First in Philippine Action Cinema

A Filipino-American movie maker in Hollywood goes back to the Philippines to start a project that will help bring back the action genre to already struggling movie industry. 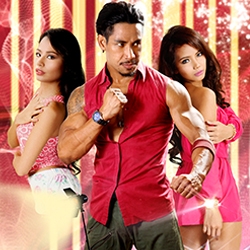 With increased production costs and very high taxes for movies, the studios opted for a lower budget and faster production schedules for their movies. Drama and comedy themed films have been the staple of Philippine cinema for many years after the year 2000, especially in the last 5 years. Once in a while an action movie is made once or twice a year. The action movie industry is struggling with many talented stunt performers and actors out of jobs.

Jeff Centauri, a Filipino-American independent movie producer/director, has returned to the Philippines after making movies in Hollywood. And has been producing action packed short films such as Manila Assassin’s Creed, Baliw Crazy Style, and Models and the Crazy Photographer in Manila.

“I’m making these shorts to keep improving my skills in movie production and it would make me a better movie director for the upcoming feature film project, Extra Heroes,” Jeff remarked. He has been putting out entertaining action short videos every 2 weeks online for free. His dream is to bring back the action cinema to an already struggling movie industry in the Philippines and he is betting that Extra Heroes would give the initial boost.

Lee Golden, a blogger for Film Combat Syndicate writes: “Centauri's work overseas is also part of a larger effort to help revive the action cinema industry at home with the current early stages of pre-production for the new feature film, Extra Heroes, a project that could do for the Philippines what films like The Raid and Ong Bak did for Indonesia and Thailand, respectively, if proven successful.”
Contact
Elite Virtual Forces
Jeffrey Scott
818-570-0069
elitevirtualforces.com
+63 943 4677167

A First in Philippine Action Cinema