Beyond Publishing is pleased to announce the launch of “Cinderella at 70” by former New York City theatrical producer Jane Friedlander Treacy. The book is an edgy, hilarious, tongue-in-cheek look at today’s “70 is the new 50” woman. Think “Sex and the City” 30 years later.

Las Vegas, NV, January 14, 2015 --(PR.com)-- Cinderella is alive and well in 2015. Prince Charming having divorced her for a trophy wife, she’s teamed up with a new 70-year-old BFF as her mentor and author. She’s learning about online dating, sex, boob jobs, botox, technology, the Millenia generation – and, of course, men. She can make a great martini – shaken, not stirred – and she’s using her 2,000 years of experience to add a new dimension to everyone who meets her. Our favorite princess is delightful, funny, and promises to become your BFF too.

The original idea for “Cinderella at 70” was born when three women in their 60s spent a weekend together in Los Angeles, Treacy says. “Sex and the City was hot,” she says. “Over cosmos one evening, someone asked, ‘Where do you think these women will be 30 years from now?’ For the rest of the evening, happily inebriated, we continued to hypothesize. Would Carrie and Big have children? Would Miranda choose her career or life in Brooklyn? What would happen to Samantha and James? Would debutante Charlotte find happiness with her Jewish husband? It’s taken 10 years from that night for Cinderella to evolve, but now we’re both looking forward to the spotlight, the red carpet, and sharing our adventures with the world.”

Toni Demarco, whose best seller Heartgasm, Increasing Intimacy and Ecstacy with Your Beloved was endorsed by Larry King, says "'Cinderella at 70' is a blissful read that took me on a journey and did not set me down until the final page."

Having already completed several pre-media buzz appearances in Las Vegas and Palm Springs, Treacy says, “The stage is set for a roll out of 'Cinderella at 70' with many book readings, book signings, and media appearances lined up in 2015.”

Request for review copies of the book can be secured at Beyond Publishing.net 702.623.2040.

Jane Friedlander Treacy is a native of Brooklyn, New York and a graduate of Barnard College and Columbia University.

At the age of 15, she began her theatrical career working in off-Broadway theatres. At 20, she produced her first off-Broadway show, the hit revival of “Anything Goes,” starring Hal Linden.

Jane also served as Special Assistant to New York Senator Jacob K. Javits, and co-produced the 1964 Democratic Party Rally at Madison Square Garden. She resided in Indianapolis from 1978-1998, where she founded and published Teen Track, the only not-for-profit news magazine in the United States written totally by, for and about teenagers. She also served as Managing

Editor for Indianapolis Woman magazine, helped found and was elected president of two theatres, and received the “Woman of the Year” for her philanthropic work.

Since moving to Palm Desert, California 15 years ago, Jane founded and co-produced five seasons of Cabaret Theatre West and has served on the Boards of numerous not-for-profit organizations.

She is honored to be included in “Who’s Who of American Women” and “Who’s Who Worldwide.”
Contact
Beyond Publishing
Michael D. Butler
720.623.2040
www.BeyondPublishing.net
www.Cinderellat70.com 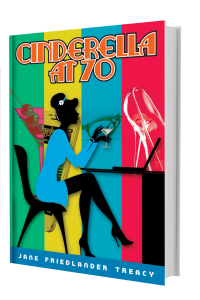 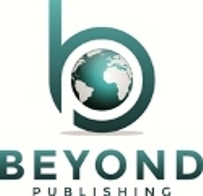