IamAlina Releases "I Am a Woman" on International Women's Day

"I Am a Woman" is a slow-tempo song featuring instrumentation from piano, respect and love, recorded live in Hollywood, CA. It tells the story of how women are powerful, vulnerable, strong and delicate, and echos an empowering message befitting International Women's Day.

IamAlina, who started her career on International Women's Day at the tender age of 13-years is currently in Los Angeles recording new music for her full-length studio album follow-up to her critically-acclaimed debut, "Alina." Slated for release this summer, IamAlina's new album will be followed by several music videos and North American and European tours leading well into 2016.

IamAlina says of her latest sonic creation, "I want women everywhere to realize their value; to believe and know that they deserve the best of everything, and that they can have it all without sacrificing their dignity and self-respect."

"I Am a Woman" will be available as a free download at IamAlina.com starting March 8, 2015, International Women's Day.
Contact
IamAlina.com
Andrew von Gregor
323-645-0775 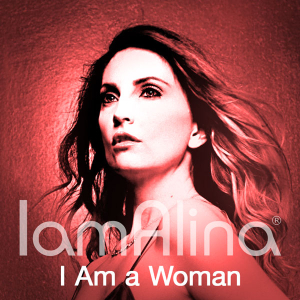 IamAlina's new digital single - I Am a Woman