Professional of the Year 2015, Gail Nickerson, Has Now Been Selected as the Bio of the Month of October 2016 by America’s Registry of Outstanding Professionals

Gail Nickerson of Roseville, California was recently recognized by America’s Registry of Outstanding Professionals as Professional of the Year 2015 for her outstanding contributions and achievements in the field of Clinical Healthcare Services. She has now been selected as Bio of the Month of October 2016 and has been inducted into the America’s Registry’s Hall of Fame. 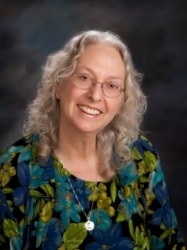 Farmingdale, NY, December 31, 2015 --(PR.com)-- Gail Nickerson was born in New Rochelle, New York. She is currently the Director of Rural Health Services at Adventist Health in Roseville, California providing oversight for over fifty Rural Health Clinics in California, Oregon and Washington. She has more than thirty years experience as a health systems consultant and an outpatient clinic administrator. Ms. Nickerson earned her B.A. at Sarah Lawrence College and attended a Professional Program in Education at Notre Dame University, British Columbia. She has an Educational Technology Certificate from Sonoma State University. Ms. Nickerson’s career began as the Office Manager for Rosenberg Associates. She then became a Consultant for Rosenberg Associates. After that she became an Administrator for Southern Humboldt Medical Center and then was named Executive Director of the North County Clinic. Before her current position with Adventist Health, she was the Senior Consultant with Rosenberg Associates. She co-authored the “Rural Health Clinic Guidebook: A Reference for Establishment and Operations of a Rural Health Clinic,” Public Health Institute, 1998-2002 and 2006-present. Ms. Nickerson is affiliated with the NARHC, CARHC, NRHA and CSRHA. She was appointed by Governor Brown to the California Commission on aging (CCoA) and is the Co-Chair of the California Hospital Association (CHA)’s Hospital-Based Outpatient Clinics Committee. She also received the NHRA’s President’s Award “for being a leader and a driving force in enhancing the quality of life for rural Americans.” She received the NARHC’s Ron Nelson Award in 2012 “for outstanding leadership, dedication and commitment to the advancement of Rural Health Clinics” and the CHA’s Certificate of Distinction “for her voluntary efforts in connection with rural health clinics and outpatient clinics.” In 2011, Ms. Nickerson represented the Rural Health Clinics on the federal HPSA/MUP Negotiated Rulemaking Committee and received the 2010 Rural Champion for Community Leadership Award from CRSHA. In her spare time, she enjoys photography.

The Bio of the Month membership is allotted to a particular individual by America’s Registry of Outstanding Professionals for excellence and performance in their chosen career. Gail Nickerson has a proven record of achievement in the field of Clinical Healthcare Services, therefore, she has earned this honor. America’s Registry’s Hall of Fame is reserved for a select group of members who have shown leadership and commitment to their industry. Ms. Nickerson’s illustrious career has proven her to be an asset to the healthcare industry through her 30 years of experience as a health systems consultant and an outpatient clinic administrator. www.youtube.com/watch
Contact
America's Registry of Outstanding Professionals
Bea Hanley
516-997-2525
www.americasregistry.com