"If you think you know what Satan has been doing, think again," writes author Alexander Lawrence. In "Leviathan’s Ruse," Mr. Lawrence illuminates six major components to the great deception that Satan has leveled against us since the Garden of Eden, and explains how these relate to biblical end-time prophecies.

Watchman Alexander Publications is pleased to announce the release of "Leviathan’s Ruse, Vol. 1: The Comprehensive Guide to the Battle Between Good and Evil," a groundbreaking exposé of the Dragon and his kingdom. “My goal is to inoculate the people of God against the powerful deception of the last days,” stated the author.

Today, there is a grand push towards transhumanism, pluralism, and a one-world government. Alexander Lawrence believes that fallen angelic forces are responsible, and he won’t let them go unchallenged.

Leviathan’s Ruse reveals the ways in which fallen angels have misled human beings throughout history, and how events initiated in the distant past are feeding into Satan’s end-game. The book helps readers to connect the dots between ancient mythologies, paranormal activities, mystery religions, occult societies, and more. Along the way, Mr. Lawrence offers rebuttals to commonly-held ideas about biblical end-time prophecies and characters (e.g., the meaning of the beasts seen by the prophet Daniel, and the identity of Lucifer).

Available at major online book retailers and at LeviathansRuse.com.

About The Author
Alexander Lawrence is a husband, father, and Messianic who makes computer graphics for a living. He graduated with a B.A. from Texas A&M University in 2004. He teaches and leads worship at Messiah Echad congregation in Georgetown, Texas. Rabbi Jonathan Dade says of Alexander, “He truly is a genuine, practical, scripturally-minded guy with a lot of wisdom.” For more about the author, see WatchmanAlexander.com. 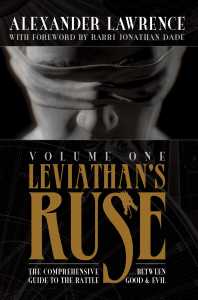 The front of the paperback edition 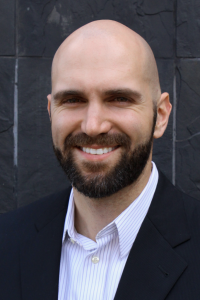