Buffalo, NY, May 24, 2016 --(PR.com)-- Nickel City Opera will present "SHOT!" by 32 time ASCAP award winning composer Persis Vehar based on the assassination of President William McKinley at the 1901 Pan American Exposition in Buffalo, NY by Polish-American dissident and self proclaimed anarchist Leon Czolgosz. "SHOT!" dramatizes the events before, during and after President McKinley’s death providing the flavor of Buffalo in 1901 including actual songs that were written about the Pan American Exposition and its relationship to Buffalo. Directed by Emmy Award winning director, David Grabarkewitz. Conducted by Maestro Michael Ching. Performances are Friday, June 10th at 8pm and Sunday, June 12th at 2:30pm at the historic Shea’s Performing Arts Center in downtown Buffalo.

Composer Persis Vehar was attracted to the story line and wanted to expose the tragic results of terrorism in the form of an opera. "Like Puccini, Verdi, Beethoven, and other past composers, it contained issues still present in my time such as assimilating immigrants, equality for all, huge economic differences between the 'haves' & 'have-nots,' drugs & mental problems, gun control, war, etc."

SHOT! contains a drinking song, death scene, recurrent motives and conflicting personalities. A Vaudevillian, like a Greek Chorus, introduces scenes with spoken dialogue and 1901 melodies. After a "McKinley Two Step" and a "gay ‘90s like song," the love story between the President and his wife, First Lady Ida unfolds. SHOT! presents America’s problems in a forceful and valuable way. In a presidential election year, the opera makes people aware of current situations, offers possibilities, and submits the solution of coming together as a way to solve our individual & collective troubles.

General Director Valerian Ruminski (Metropolitan Opera/New York City Opera), a Buffalo, NY native, wanted to create a new opera around a pivotal time in history. "Opera is always about life and death. The assassination of President McKinley changed the world. Any event that changed the world is a good subject for an opera and I wanted to present this tragedy within the genre. An assassination, a death row inmate, the underground railroad and fascism have all been subjects of new operas. SHOT! breathes life into the relevance of the art form as well as the subject matter." 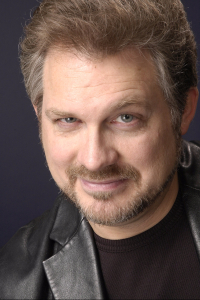