The Law Office of Andre Sedlak Celebrates Its One Year Anniversary

Hudson Valley Attorney, Andre Sedlak, Esq., is proud to announce the first year anniversary for his Law Office. The Poughkeepsie lawyer opened his practice on September 4, 2015 and has successfully represented clients facing all levels of criminal charges, from violations to misdemeanors and major felonies. 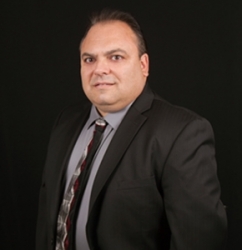 Poughkeepsie, NY, September 07, 2016 --(PR.com)-- The Law Office of Andre Sedlak focuses on Criminal Defense, DWI-DUI Defense and Traffic ticket matters. Attorney Sedlak is admitted to practice in all Courts of New York State and in the Federal Southern and Northern District Courts of New York.

In October 1993 Andre received the Corrections Crisis Intervention Unit Training Certificate and became a hostage negotiator. In 1999 he was promoted to Assistant Crisis Team Leader and received specialized training in the identification, tracking and collection of data concerning unauthorized organizations, groups and religions.

If you are charged with a crime or if you are the subject of an investigation, schedule a free confidential initial consultation to evaluate your case, discuss your options and protect your rights.