Biagio V. Schettini rose above a pool of 30,000 Toastmasters participants. 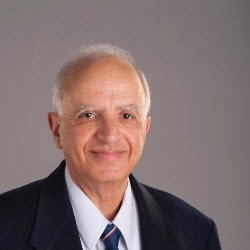 Viola, DE, August 08, 2017 --(PR.com)-- Biagio V. Schettini, of Viola, Delaware, outshined more than 366 contestants in the local District 18 Toastmasters to win the district-level competition of the Toastmasters International Speech Contest. “District 18 spans Delaware, Maryland, Pennsylvania, Virginia and West Virginia,” explained Pearl Matibe, District Media Relations Representative. “Schettini is climbing the ladder to compete at the highest level in the world.” He advances to the semifinal rounds of the contest, vying for one of 10 spots in the World Championship of Public Speaking® to be held at the Toastmasters International Convention Friday, August 25 in Vancouver, Canada. Matibe confirmed, “We call him Vince. By day, he is a retired Project Engineer, who worked for the U.S. Army Corps of Engineers, at Dover Air Force Base, in Delaware. In his spare time,” Matibe said, "he is an exceptional orator who will be watched by the global Toastmasters community, accredited speakers and Fortune 500 corporation leaders around the world.” Matibe noted, “Travelers from cities in Africa, Australia, Asia, Europe and Middle East are attracted to witness this historic event.”

Schettini, a member of Free Speakers Toastmasters Club, in Dover, Delaware, surpassed fierce competition to win over the judges with his speech titled, “The Reunion.” The speech touched on the themes of overcoming fear and discouragements, and discovering the true rewards in life. When it comes to connecting with an audience, he said, “The key is to have a storyline that is relatable and compelling.”

Schettini will compete with 101 other winners from districts around the world who advanced to the 2017 semifinal round after a six-month process of elimination through club, area, division and district speech competitions. Their five- to seven-minute speeches were judged on content, organization, gestures and style. Judges were also looking for originality, voice, and the ability to connect to the audience. “He was effective,” said Matibe. “The speech purpose was appropriate for the audience.”

“Toastmasters speech contests are a way to build our confidence sharpen our skills and share our message with many different audiences,” says Schettini. “I am looking forward to sharing my message on a much larger stage in Vancouver!” He joined Toastmasters to become a better speaker and leader at work and in the community. “Today, Toastmasters is widely known as a non-profit leader in communication and leadership development,” explained Public Relations Strategist, Matibe. “Its comprehensive framework can make a difference in any career or organization. This will not be the first time Vince travels to Canada, but it will be his first time on this world-stage,” she said.

The Toastmasters International Speech Contest began in 1938 and is the world’s largest speech contests, involving 30,000 participants from 142 countries. It culminates with the popular World Championship of Public Speaking held annually at the organization’s International Convention.