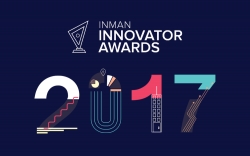 Pikesville, MD, August 12, 2017 --(PR.com)-- Five Doors Network with Keller Williams Realty, the nation's fastest growing real estate expansion team, was named 1st runner-up as The Most Innovative Team in Real Estate by Inman News and #1 in all of Keller Williams.

The Inman Innovator Awards celebrate the most forward-thinking, tech-savvy, and creative companies in the real estate industry. Five Doors was among 14 nominees in the category for Most Innovative Team as a result of its “different twist on the expansion concept.”

“We are just getting started. We are committed to bringing Generational Wealth to the real estate agent while also revolutionizing the industry by creating a new space,” said Five Doors CEO, Seth Campbell.

Five Doors is focused on being the catalyst for change in real estate by revolutionizing the way the industry does business and serves others.