US based Energy company is using HashCash Blockchain network HC NET to make payments to vendors in China, India and Philippines. 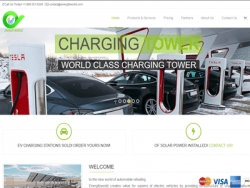 The CEO of Energify World, Mr. Sayantan Bhaduri said in a statement that, “Most of the piece parts that go into our solar panels and EV charging stations are manufactured in China. Our software development and support teams are based out of India and Philippines. Remitting payments to overseas vendors have become increasingly expensive. We have sent our first batch of cross-border vendor payments using Blockchain.”

The company says that Vendor Payment is the first of several blockchain applications that it intends to implement.

Blockchain based supply chain management and part tracking is another area of interest. IOT and managing off-grid solar networks is also where the company thinks Blockchain has potential in.

The Managing Director of HashCash, Raj Chowdhury said, “We are excited to have Energify World, a solar company to join HC NET. This proves the versatility of the network in accommodating a diverse set of network participants.”

Energify World is a renewable energy company that manufactures ultra efficient solar panels and world class charging stations for Plug-in-Hybrid and Electric Vehicles. The company envisions a world where people drive high performance cars powered by clean energy sources. It strives to create an environment where electric vehicle is the transportation of choice for auto buyers.