Release of New Audiobook, "On Psychology" by Author JZ Murdock

Finally available from author JZ Murdock, a new audiobook "On Psychology." One reviewer calls it "Brilliant and thought provoking." Beginning with a history of psychology as related to older disciplines, it then moves into an overview of the condition (not disorder) known as synesthesia, and how it can be seen in relation to the study of schizophrenia (a disorder). Viewed symbiotically together it is conjectured, they can aide study of both.

Bremerton, WA, October 12, 2018 --(PR.com)-- JZ Murdock first produced Fiction audiobooks back in 2013. When he began again on them earlier this year with voice actor, Tom Remick, he re-evaluated what new pieces of his writings to release.

So far, they have collaborated to produce two fiction audiobooks with more to come. One, a dystopia Science Fiction piece, "In Memory, Yet Crystal Clear," an updated version of Murdock's first ever Fiction sale to a horror quarterly magazine in 1990. They then produced, "Mr. Pakool's Spice," an interesting zombie-horror short story. Both have been well received.

It then occurred to the author to produce a new version of his popular Non-Fiction article on psychology. Perhaps, even blending it with another article of his on the history of psychology and, in his view, the need for contextualism within the discipline. That article was: "Some Notes on Albert's Mind, Field Theory and Contextualism." Feeling he understood the article better than anyone, he decided to narrate it himself.

What came from this effort was the new audiobook, "On Psychology, with Illustration in Psychopathology via Synesthesia and Schizophrenia." Within this audiobook are details about how psychology came into being through a blending of other sciences, like physics, and a close kin discipline, philosophy; with help from the teachings of Albert Einstein.

When Murdock first delivered his piece on synesthesiaschizophrenia, as he explains in the audiobook, it was in an undergrad seminar on Abnormal Psychology. His description of how it left his small audience that day, stunned, exemplifies the nature of this piece. It is somewhat, unique.

Audiobook "On Psychology" by JZ Murdock is available exclusively on Amazon, iTunes and Audible.com. Priced at $6.95, it is 1 hr and 49 minutes in length. Produced by LGN Productions.

About Author JZ Murdock
JZ Murdock has a degree in psychology from Western Washington University where he studied in the departmental division of Awareness and Reasoning, focusing on phenomenology. His eBook on Synesthesia and Schizophrenia had been freely available since 2013 as he viewed it as a public service. That article became the most popular and highly downloaded piece of writing he has had to date.

Murdock is also a screenwriter and fiction writer and his blog "Murdockinations" (murdockinations.com) talks about politics, life, psychology, sociology, as well as writing, fiction and cinema.

Other Writings
Murdock's book, "DEATH OF HEAVEN" is a speculative fiction epic that traverses the entire history of the planet earth, all of humanity, and potentially the end of the human race. From author and reviewer, Michael Brookes: "The book starts well and has a Books of Blood vibe, which really works well. It's in these tales that the author's writing ability shines. He demonstrates a lovely turn of phrase and some of the writing is almost poetic in its beauty."

JZ Murdock's latest screenplay, "The Teenage Bodyguard" is a true crime story about the author when a young man of eighteen where he protected a murder witness for a week from the local mafia family. It has been getting ever increasing praise and interest. Another of his screenplays, "Gray and Lover The Hearth Tales Incident," a horror comedy, was semi-finalist in the Circus Road Films Screenplay Contest.
Contact
JZ Murdock
360-620-0558
jzmurdock.com
Murdockinations.com
https://www.facebook.com/Murdockinations/ 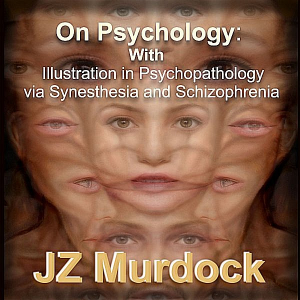