Tom McQueen Named "Person of the Year" Recipient by NPF

The American Family Foundation, Inc. in Palm Harbor, Florida, is pleased to announce that their Founder and President, Tom McQueen, Director of Spiritual Care and Bereavement at Gulfside Hospice and Pasco Palliative Care, has been named as NPF's 2019 "Person of the Year" for his work with charitable endeavors. 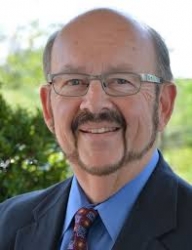 NPF, headquartered in Toronto, Canada, monitors the work of foundations and their leadership teams throughout the United States and Canada.

In her comments before the media, Grace heralded McQueen's work as a true champion of the spirit of St. Francis of Assisi in his efforts to assist homeless veterans, destitute families, and abused and neglected senior citizens. McQueen's foundation conducts "Mercy Missions" in Florida cities, staffed by volunteers, while relying solely upon private contributions to fund their initiatives.

Tom McQueen is a nationally acclaimed speaker, best-selling author, and the Director of Spiritual Care and Bereavement for Gulfside Hospice and Pasco Palliative Care in Land o' Lakes, Florida. McQueen joined actor Tom Hanks and news journalist, Diane Sawyer, as the recipient of the Excellence in Media Foundation's "Angel Award" for his best-selling book, Letters to Ethan. His latest book, Reflections of a Hospice Chaplain, is available on Amazon.

When learning of the honor, McQueen noted, "While I deeply appreciate this recognition, the true heroes are those who live the gospel every day by working the streets and ministering to the helpless and the homeless. My mission is to serve them."
Contact
American Family Foundation, Inc.
Heather Evans
800-748-7131
americanfamilyfoundationinc.com