The Video for “Eyes” Set to be Released 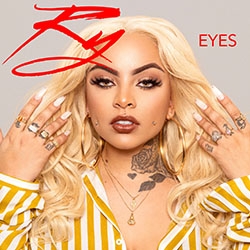 Los Angeles, CA, November 05, 2018 --(PR.com)-- American Pop Artist Ry is filming the video for her newly released hit single, “Eyes.” The story will portray a woman who has been mentally hurt by her significant other and will be one that we all can relate to. The video is set to be released in early November of this year.

"Eyes" can be downloaded here: www.smarturl.it/ry_eyes

Ry is also working on the release of her second single from her much anticipated upcoming EP. The single is set to be released within the next few months.

“The second single is just as hot as the first. The writers and producers are no strangers to the music world as we have produced for some of the biggest names in the industry,” says Executive Producer Anthony West (A Dubb) of dubb Records.

Ry, the singer of “Eyes,” is an American singer whose music is in the style of Urban Pop culture. Her voice has a smooth tone with a wide vocal range. Ry was born in Chicago, IL and then moved to Long Beach, CA in 2001, in which she joined a long line of musicians displaying a natural singing ability at a very young age.