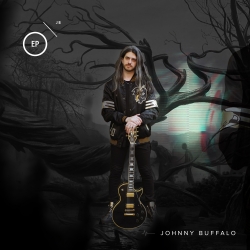 Brooklyn, NY, August 07, 2019 --(PR.com)-- Professional beatboxer, guitarist and producer Johnny Buffalo is combining electronic, metal, rock and vocal sounds to create a new sonic experience with the release of upcoming EP "Welcome to Buffalo." The work contains two "sides," or tracks, like a conventional EP, and a bonus track. Much like the style of Johnny himself, it is a piece of classical aesthetic and mindset that defies genre in all its facets

A celebrated performer and an expert musician, (with a dual degree from SUNY Fredonia in both sound recording technology and classical guitar), Johnny has already graced the stage with in all types of venues, from the famed Carnegie Hall, to the Brooklyn Hip Hop Festival and the Trinity Hip Hop Festival (where he opened for Talib Kweli). His experiences and multifaceted range of genres (from rock, hip-hop, metal and beyond) has allowed him to perform internationally, from Toronto, to Berlin, to Krakow with with groups he has worked with, including the popular a cappella group Backtrack Vocals, who most recently appeared on Steve Harvey’s daytime show, and on Broadway’s Kinky Boots. For his solo project, Johnny combines his multitude of experience with electronic trap and hip hop production, as well as his fluid knowledge of rock and classical guitar in addition to his own beatboxing powers.

Now available for pre-sale, “Welcome to Buffalo (EP)” will be readily available on Friday, August 29th, 2019 for streaming and purchase on all music platforms (Spotify, Pandora, iHeart, iTunes, etc.), following the release of single Crestwood Ave, out on August 3rd, 2019.

"This project is a combination of what I love most in music,'' says Buffalo. "I started playing guitar at age 14, influenced heavily by rock artists like Jimi Hendrix, eventually moved on to metal, and then studied classical guitar in college. After becoming a professional beatboxer, my love for trap and instrumental hip hop grew. This project is a combination of both of those worlds: synth and rock guitar over trap and hip hop production."

About the EP, says Buffalo: "It was a personal breakthrough. I would get in my head and limit myself to making tracks that sounded the same throughout. To me, this shows that we are all made of different sides. Instead of trying to limit ourselves, we should embrace all of the differences within us, what makes us who we are."

Johnny frequently performs live around New York City, and has headlined shows with organizations like SoFar Sounds and Wonderville. He is part of a new wave of electronic music that is performance-based, something rarely seen in the electronic music sphere. Everything is done live, with Buffalo switching between guitar, beatboxing, keys, and bass.
Contact
Johnny Buffalo Music
Gabriella Bavaro
914-330-5068
www.johnnybuffalomusic.com
Instagram: @Johnny.Buffalo
Twitter: @JohnnyBuffalo11
Facebook.com/JohnnyBuffalo