Dr. Anita P. Latin Honored with a Lifetime Achievement Award and as a Woman of the Month for December 2019 by P.O.W.E.R. 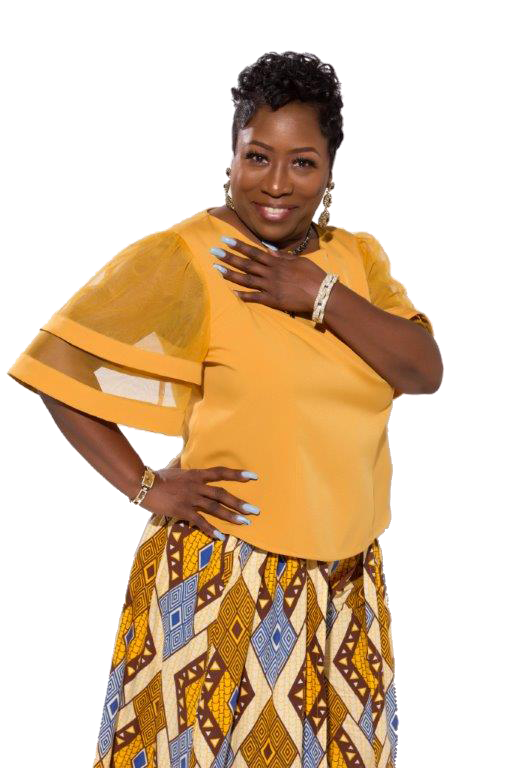 Rodeo, CA, December 18, 2019 --(PR.com)-- Dr. Anita P. Latin of Rodeo, California has been honored with a Lifetime Achievement Award and as a Woman of the Month for December 2019 by P.O.W.E.R. (Professional Organization of Women of Excellence Recognized) for her outstanding contributions and achievements in the fields of religion and community services. Each month P.O.W.E.R. features women to represent their professions and industries due to their expertise and success in their chosen specialty.

About Dr. Anita P. Latin
With 12 years experience, Dr. Anita Latin serves as the visionary of Abounding Love Bible Ministry (ALB Ministry.) The ministry exists to demonstrate God’s abounding love through the anointed preaching and teaching of a life-changing word reaching women who are daily faced with the struggles of insurmountable challenges. It operates 24/7 and aims to minister outside of the four walls. Anita hosts a weekly prayer cluster joined by men and women in the San Francisco Bay Area and across the United States. She is responsible for in-home bible study, leading weekly prayer meetings and working with women in transition. In August 2014, Anita hosted her first annual women’s conference, entitled “Take Me to the King!” This conference has become an annual spiritual renewal for women of all walks of life. After being inspired by the movie “War Room,” she began a monthly bible study for women in her home. In April of 2019, ALB Ministry chose two children to financially sponsor, a young 8-year old girl in Mississippi and one 7-year old boy in Uganda, expanding their outreach both locally and globally.

Pastor Anita publicly acknowledged her call to preach the Word of God on December 3, 2006. On February 11, 2007 she preached her first sermon from John 3:16 entitled, “What’s Love Got To Do With It?” She was issued her ministerial license as a Gospel Preacher. On March 22, 2009 she was brought before the Board for an oral examination that she successfully passed and was given her Certificate of Ordination. Pastor Anita has been elevated in ministry and now prayerfully serves as Executive Pastor of The House Of Prayer Everywhere in Oakland, California - a new, fresh, innovative and out-of-the-box ministry under the Apostolic & Prophetic anointing and Leadership of Bishop Sean Teal.

Pastor Anita is honored to be the daughter of the late Pastor and Mrs. O. V. Latin, organizer of the Mount Vernon Missionary Baptist Church in San Francisco, CA. She is also the proud mother of two adult children - Andre' R. Cloud, II and Aiesha R. Cloud. In 2004, after her father passed, she returned to the classroom. Her degrees include an A.S. in Secretarial Training from San Francisco City College, a B.S. in Business Administration from the University of Phoenix, a M.Th. from Fuller Theological Seminary and she is a Candidate for her D.Min. from the American Baptist Seminary of the West, which she expects to receive in 2020.

Dr. Latin is the collaborative author for Zoe Daily Devotionals 2012, 2013 & 2014. Her original music composition was recorded by King Solomon Baptist Church in Benicia, California and another of her compositions was recorded by the Bennie Henderson & Family Gospel Ensemble. She received honorable mention awards for both compositions.

Dr. Latin is the past musician and chaplain of the California State Baptist Convention Women's Department and past secretary of the San Francisco Chapter of the Association of Professional Administrative Assistants. In her spare time, she enjoys reading, creative writing, dining out, family activities, interior design and graphic design. She is also a Traci Lynn Fashion Jewelry consultant.

Psalms 34:1 is Anita’s life motto, “I will bless the Lord at all times: His praise shall continually be in my mouth.”

About P.O.W.E.R. (Professional Organization of Women of Excellence Recognized) and Powerwoe.com
P.O.W.E.R is an online community as well as a digital and exclusive print magazine featuring professional and famous women. Our mission is to provide a powerful network of empowering women who will mentor and inspire each other to be the best they can be. Through our valuable services, our members can network, collaborate with like-minded professionals, gain recognition and obtain knowledge from those who have already achieved success.
Contact
P.O.W.E.R. (Professional Organization of Women of Excellence Recognized)
S. K. Koop
516-365-3222
www.powerwoe.com
Ellen Gold