Timely Book Release by Desserae K Shepston: A Mysterious Virus Engineered for a Sinister Plot - "The Breaking" Weaves a Tale of Bravery Amid the Terror of the Unknown

Little did author Desserae K Shepston know when she began writing The Undoing Trilogy in 2018 just how prescient the dystopian science fiction story would become as she finished the second book in the series. A mysterious virus, a sinister government and a group of teens intent on breaking the system give the reader pause for thought about what could have befallen our own world in this time of pandemic. 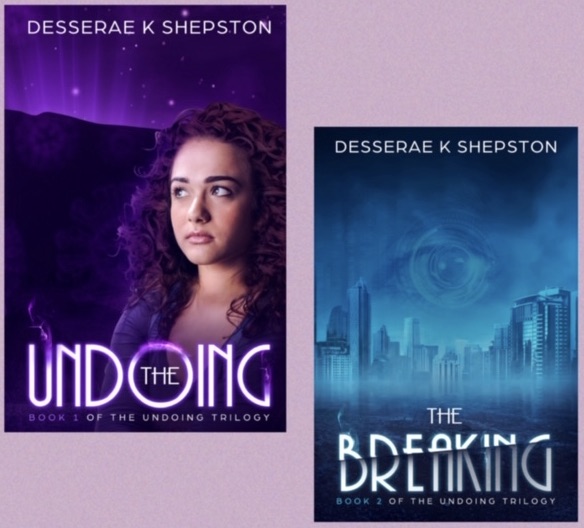 Taos, NM, June 03, 2020 --(PR.com)-- A timely release for the first two books of a dystopian trilogy. Book 1 in the trilogy, "The Undoing," reveals a leader of Anecor who rose to power under false pretenses and then waged a war against its citizens, forcing them into submission with new rules and new roles. Pockets of rebellion occur, and examples are made of dissidents. A mysterious virus unleashes its destruction within one of the country’s City Units. A teenager reveals his suspicions to his sister, Rebecca, on his deathbed, leaving her to fulfill a promise to complete what he could not. Digging deeper into the mystery only leads to more questions, as the book reaches its cliffhanger ending.

Praise for "The Undoing":
“'The Undoing' is young adult dystopian literature at its best: a thoroughly engrossing story that will reach from young adult into adult audiences...follow a group of young people who increasingly realize how their ordered world really works...and have growing questions about its costs...Readers will find the first book in The Undoing Trilogy a complex story of social order and disorder, presenting a devastating plan that is attacked by a girl who always believed her strengths lay in another direction. YA dystopian fiction readers are in for a treat with 'The Undoing.'" - D. Donovan, Senior Reviewer, Midwest Book Review

In "The Breaking," the reader will undoubtedly draw parallels to current conditions in the U.S. as the government further restricts the daily lives of the citizens of Montrose to quell the panic the virus is causing. Citizen movements are more closely monitored with phones and trackers, schools are closed and only essential workers are allowed to report to jobs. Rebecca and her friends discover more secrets the government is hiding from its citizens and mobilize for action. Tensions rise and allegiances are tested as the group confronts a reality far worse than anything they could have imagined. In spite of it all, threads of hope shimmer among the tangled web the government weaves, giving the heroes of this tale something to hold onto as they seek to break the system before the system again breaks its citizens.

“'The Breaking' is an amazing follow up to 'The Undoing.' It is an absolute page turner! The twists and turns in this book will keep you on the edge of your seat. The characters are deep and richly written for. And you will find yourself rooting for the protagonist! The book ends on a cliffhanger and I can’t wait for the third installment!” – Amazon Reviewer
Contact
Desserae K Shepston
217-419-8590
www.shiftingspace.com