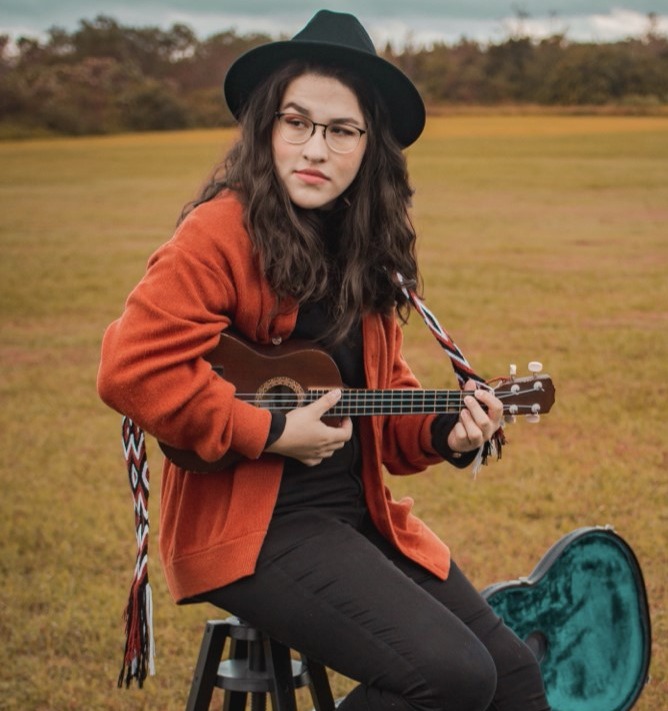 Tampa, FL, July 15, 2021 --(PR.com)-- A native from the Andean mountains in Colombia, and resident of Tampa Bay for past six years, Singer-songwriter/multi-instrumentalist Natalia Restrepo released her first single, “Only Human,” on July 2 of this year at all online music stores worldwide. Her Single debut will be quickly followed by her 2nd Single, “Muerte de un Soñador” (Death of a Dreamer) to be released July 23.

“Taking my music worldwide has been my dream come true.” - Natalia Restrepo

In addition to her single releases, Natalia has been performing live in the Tampa Bay scene as well as private events for several years with the exception of the shutdown of COVID-19 in 2020. From the beginning of 2021, Natalia has been performing on a regular basis in several venues across Central Florida and traveling to other states. Ms. Restrepo has worked in the Florida school system as a music and drama teacher and currently as a private music instructor for voice, guitar, ukulele and piano at the Hands in Motion Music School in Brandon, Florida. When not recording her own music, she is often called upon to lay down some guitar or vocal tracks for other recording artists at a professional recording studio.

About Natalia Restrepo
“My strong passion for the arts is what has opened the doors to expand my music career.”

Natalia Restrepo was born and raised in Colombia until the age of 17. Being deep seated in her roots; it allowed her to experience music quite differently, pulling inspiration for her original songs from Latin Folk, Boleros, Flamenco, Pop, giving her music that folky feel fused with several other genres.

At the age of 16, she decided to teach herself how to play guitar and that’s when she immersed herself into the music world. With no formal music education, she was strongly discouraged from pursuing a career as a professional musician. So instead of going straight into college after she graduated high school, she decided that learning a second language would come in handy, so she came to the United States for three months with the goal of becoming fluent in English. Soon after, the doors began to open, and she was accepted into Florida College in Temple Terrace, Florida where she graduated receiving a bachelor’s degree in Music with emphasis in Vocal Performance.

While at Florida College, she had the opportunity to grow as a vocalist and further her experience by learning classical guitar as her secondary instrument. She traveled around the US during the summers for three consecutive years with a cover band as a vocalist and instrumentalist. She was also part of the Florida College Chorus and Chamber Choir for five years with whom she performed across the U.S., including performing at Carnegie Hall in New York City. Internationally she traveled with the Chorus and Chamber Choir at the Anton Bruckner Choral Competition in Austria in 2017.