Stephanie E. Strawbridge Celebrated as a Woman of the Month for May 2021 by P.O.W.E.R.-Professional Organization of Women of Excellence Recognized 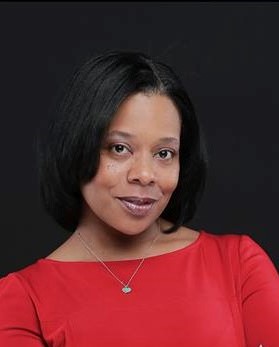 Cleveland, OH, October 14, 2021 --(PR.com)-- Stephanie E. Strawbridge, of Cleveland, Ohio, has been celebrated as a Woman of the Month for May 2021 by P.O.W.E.R.-Professional Organization of Women of Excellence Recognized for her outstanding contributions and great success in the field of funeral services. Each month, P.O.W.E.R. features women to represent their professions and industries due to their expertise and success in their chosen specialty.

On July 15th of 2008, the Strawbridge family was dealt a traumatic blow that turned into a blessing in disguise when Stephanie, her mom and grandma were laid off from their place of employment. By July 26, Stephanie’s vision of owning her own funeral business was becoming a reality when they secured the location of their own funeral home. Beginning in October of 2008, the family worked tirelessly day and night to form Strawbridge Memorial Chapel; the first funeral home in the City of Cleveland to be established by an African American Woman.

Stephanie Strawbridge was honored as the first African American woman to open a funeral home in Cleveland, Ohio. She was selected as Business Woman of the Month by Iota Phi Lambda and recognized by Who's Who in Black Cleveland.

Very recently Stephanie added author to her resume. After spending years wondering how to educate her generation on the ins and outs of funeral planning, her how to workbook was birthed titled, “You’re Gone; Now What?: Everything “They” Didn’t Tell You About Planning a Funeral,” ISBN-13 : 979-8645960889. On April 9, Stephanie also released an eBook entitled, “Intimacy Beyond the Bedroom” which talks about deepening intimacy in your relationships. Both books are available at https://linktr.ee/iamsstrawbridge.

Stephanie Strawbridge was honored on P.O.W.E.R. Talk Radio. These podcasts are pre-recorded audio interviews which give their members the opportunity to convey a message or story. It is a great way to increase their exposure and market reach. The radio shows are promoted through P.O.W.E.R.’s social media.

Stephanie Strawbridge was also featured on P.O.W.E.R. Talk Radio. These podcasts are pre-recorded audio interviews which give their members the opportunity to convey a message or story. It is a great way to increase their exposure and market reach. The radio shows are promoted through P.O.W.E.R.’s social media.

Stephanie Strawbridge is very active in her community. She is the elected Central Committee Member in the ward where she resides and an elected Executive Committee member as well. She currently serves as the Board Vice President of the Mt. Pleasant NOW Development Corporation and sits on the Southeast Design Review Committee. She is affiliated with the Ohio Funeral Directors Association, and is a Board Member of the Cleveland American Funeral Directors & Embalmers Association. Stephanie is a member of the Greater Cleveland Alumnae Chapter of Delta Sigma Theta Sorority, Inc., El Hasa Court No. 47 (DOI-PHA), where she serves as the Imperial Deputy for the Desert of Ohio, Bethel Chapter No. 58 Order of the Eastern Star, and still has a lifetime bond with her Kappa Sweetheart sisters from Central State University (Delta Zeta Chapter).

Stephanie obtained a B.S. in Business Management from Central State University in 1992 as an honors graduate. She has worked in and around the funeral industry since 1989 and became a Licensed Funeral Director in 2007.

Stephanie is passionate about her work and feels honored to be able to serve the families in her community. In her spare time, she enjoys reading and karaoke.

Stephanie Strawbridge states, "This business is more than a career to me; it's a ministry."